?As the domestic European season draws to a close and a long summer looms large, what better way to occupy the downtime than with an action-packed period of transfer drama?

From the far and wide to the downright unlikely, the rumour mill is already kicking into overdrive with gossip which is sure to capture our imaginations and raise more than a few eyebrows with scepticism.

However realistic, there is nothing better to whet the summer appetite than a juicy roundup of the latest transfer talk. So, here is the latest set of rumours to feast upon. It seems almost an age since Mauricio Pochettino managed to twist Daniel Levy’s arm into splashing the cash to land Lucas Moura from PSG for £25m in January 2017.

Without a notable senior singing for Spurs since then, the Brazilian proved his worth with an incredible hat-trick against Ajax to seal ??Tottenham’s passage into this season’s Champions League final, and suggested what the club might be capable of with further investment.

Having suffered a succession of injury problems in midfield this season, the middle of the park seems to be a priority area for Pochettino to strengthen. According to the ?Mirror, Roma starlet Nicolo Zaniolo is a potential solution, and Tottenham are hoping a £40m raid can beat ?Real Madrid, ?Bayern Munich and ?Juventus to his signature.

Judging by the pedigree of their competition, Spurs shouldn’t hold their breath on this one yet. 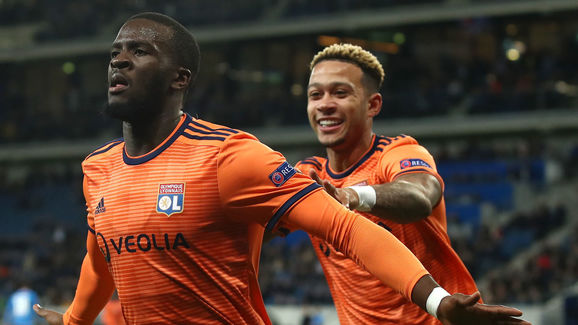 Zaniolo is not the only hot young midfielder attracting widespread attention from Europe’s elite sides.

According to ?L’Equipe, PSG have emerged as serious contenders in the race to sign Lyon midfielder Tanguy Ndombele, and could use their financial might to steal a march on the likes of ?Manchester United, ?Manchester City and ?Juventus who are also interested.

The race to sign the highly-rated Frenchman? has heated up in recent times amid a string of impressive performances in Ligue 1, but Ndombele could yet be set to remain in the French top flight, despite intense interest from abroad. Ole is certainly not at the wheel of this one. The remarkable success of English clubs in European competition this season has come at the expense of the previously all-conquering giants of Spain.

?Real Madrid and ?Atletico Madrid won the Champions League and the Europa League respectively last term but, less than 12 months on, the Spanish capital duo are locked in a tug-of-war over Los Blancos’ forgotten man, Marcos Llorente.

According to ?AS, Atletico have already held talks with the player’s representatives, though Real do not want their man to make the move across town. Diego Simeone’s side want Llorente as a potential replacement for Manchester City target Rodri Hernandez, though, and have quoted a fee of What better bargaining chip for ?Inter to use in their efforts to sign ?Everton’s prized asset than a player in limbo between making his mark in the Premier League and settling into an under-performing Ne?razzurri side, right?

Well, according to Tuttosport via ?Football-Italia, that is exactly the plan that Inter have up their sleeve, as they are preparing to offer former ?West Ham loanee Joao Mario as part of a bid to prise Brazilian star Richarlison from Goodison Park this summer.

Joao Mario showed glimpses of his considerable abilities during a short spell in east London last season, but failed to convince any Premier League side that he was worth a real shot. Still with unfulfilled potential in his locker, compatriot Marco Silva could squeeze the best out of him on Merseyside, though he his unlikely to part with his main man as part of any deal. 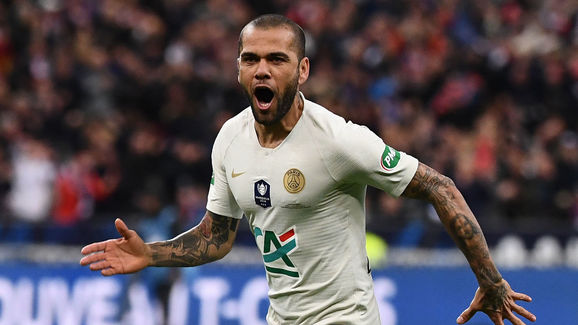 Speaking of Brazilian talent and seasoned stars who could yet thrive in the Premier League, Dani Alves could be set to finally arrive in English football at the age of 36. After all, full backs don’t need to defend anymore, right?

According to ?UOL Esporte, former ?Barcelona hero Dani Alves has ‘irritated’ current employers PSG by delaying his decision over committing to fresh terms in the French capital, with an offer of a year’s extension, and the right back is apparently weighing up a potential switch to England.

Manchester City have been linked with Alves in previous summers, but the Brazilian opted to move to the Parc des Princes in 2017 and has gone on to further his formidable reputation for performing at the highest level across the continent. With Alves apparently seeking at least a two-year deal, the Premier League could yet be his final (and most lucrative) destination. From those still looking to make their mark in the Premier League, to a player who has more than made his mark already in the English top flight.

Salomon Rondon has been a shining light in Rafa Benitez’s mission to steer ?Newcastle to safety and on course for bigger things next term, but a great deal of uncertainty still lingers as Benitez’s unresolved future looms as a potentially dark cloud over St. James’ Park.

There are no such concerns at ?Wolves, where Nuno Espirito Santo has inspired an incredible season at Molineux, and the seventh-placed Premier League side could be set to take advantage of the situation on Tyneside.

According to the ?Express & Star, Wolves are preparing to meet Rondon’s £16m release clause at parent club ?West Bromwich Albion to beat Newcastle to the signing of their own player of the season. The Magpies may be no match for the hungry Wolves in this one.?