Inter and Udinese will face off for the 104th time when the Champions League chasers travel to Dacia Arena in Serie A on Saturday.

The game will have a huge bearing on both ends of the league table. Seven points currently separate third-placed Nerazzurri and eight-placed Lazio with four games remaining, while Udinese will be desperate to bag a win in their bid to secure Serie A status for a 25th successive season. The hosts are currently 17th, four points ahead of Empoli going into this weekend’s round of fixtures.

Check out the preview for Saturday’s clash below.

Not too much has changed for Inter personnel wise, with Šime Vrsaljko still their only notable absentee through injury. Luciano Spalletti could opt for both Mauro Icardi and Lautaro Martínez in his starting lineup as the race for the Champions League places hots up. Udinese boss Igor Tudor will be looking for a response from his side after losing to Atalanta 2-0 on Monday night. He’ll be without Valon Behrami, Antonin Barak and Seko Fofana, while Samir is suspended.

The teams have played each other 54 times since 1993. Udinese have won 14 of the 54 matches, Inter succeeding in 29. Inter won 1-0 in the reverse Serie A fixture at San Siro back in December thanks to a penalty from Icardi. Since losing to Eintracht Frankfurt in the Europa League, Inter have won three out of their last seven games, one of which included a dramatic 3-2 derby win over Milan.

Udinese haven’t won in their last four but their last victory could prove decisive in the relegation battle, earning a 3-2 triumph over Empoli.

Here’s how both sides have fared in their past five matches in all competitions.

Both teams will be desperate for three points in this fixture and it has all the makings for a cagey affair. Spalletti will be desperate to secure Champions League football once again but Udinese will know that they are not quite safe yet. 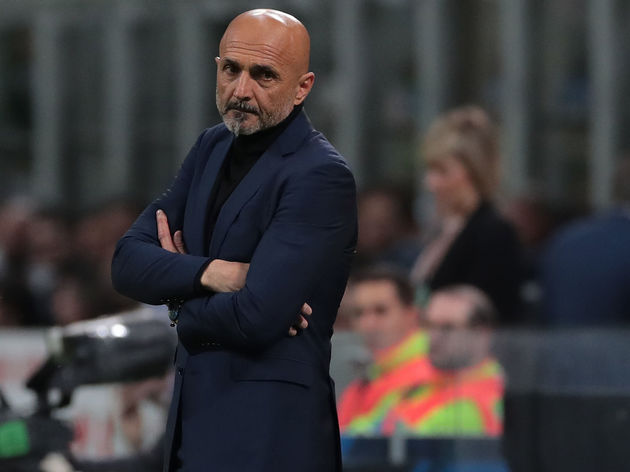 If Inter slip up then the chasing pack could close the gap further in the chase for a top four finish, which has all the makings for a dramatic last day finale. This match could be tense, but in the end Icardi’s class and match-winning credentials will prove to be the difference.