‘Gabigol’ has hit the headlines this week after his late goal-scoring heroics helped Flamengo overcome River Plate 2-1 to clinch the Copa Libertadores crown on Sunday. Barbosa’s brace in the final, who is currently on loan at Flamengo, has thrust him into the spotlight ahead of his return to parent club Inter next month.

But in spite of his cup exploits, Marotta indicated that a move away from ?Inter was the most likely scenario.

“It’s unlikely he’ll be part of our project, but he has several proposals and we’ll evaluate it all carefully along with the player, ” he told ?Football Italia.

It’s reported that Gabigol has attracted Premier League attention with ?Crystal Palace leading the way to sign the 23-year-old. 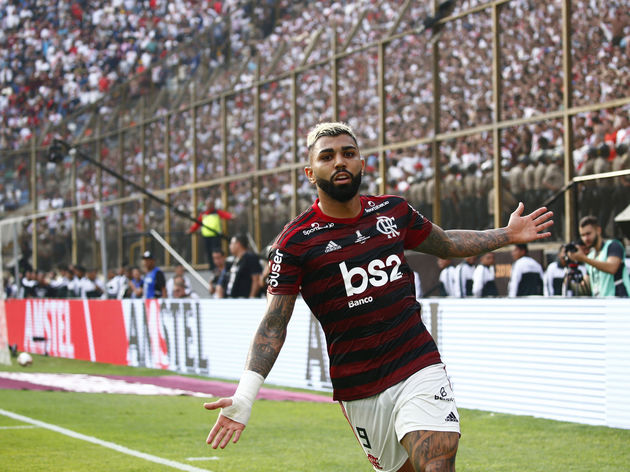 The Eagles are supposedly prepared to put a

Marotta has compared the Brazilian to Inter’s emerging superstar Lautaro Martínez and has spotted similarities in the players’ development.

“We see Gabigol the same way as Lautaro, a player who is growing year by year,” said Marotta.

Martínez has six goals in 13 games for Inter in Serie A this season, but more impressive, are his three strikes in just four appearances in the ?Champions League.

Nine in 17 gives the young Argentinian a better strike rate than a goal every two games and if Gabigol is to follow in his footsteps, then a Premier League team could be set to sign a serious talent. 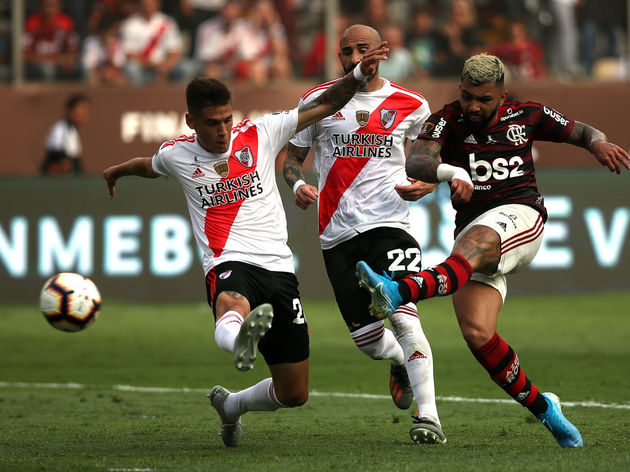 However, Gabigol’s 31 goals in 38 games for Flamengo this season also make for mightily impressive reading.

The 23-year-old’s double in the Copa Libertadores showpiece game was his ninth in just 12 tournament matches and put him top of the goalscoring charts in South America’s premier competition.

Factor in that the Brazilian already has two goals in five appearances for the national side, and Gabigol becomes a very attractive proposition indeed.