?After just about squeezing to a fourth place finish in the league and falling at the first hurdle in the Champions League, it is fair to say that Inter fans had to endure another disappointing season.

But with the appointment of superstar manager Antonio Conte, Inter are looking to go for the Serie A title once again. But with champions Juventus rejuvenating their ageing side, Inter will need to do the same to keep up.

We take a look at the positions that the Nerazzurri need to strengthen this summer if they want to find their way back to the top.

A Leader in Defence 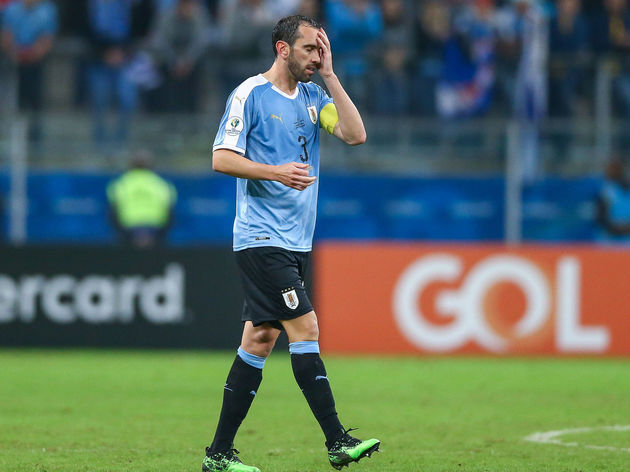 With the appointment of Conte, it is widely expected that the Italian will utilise his favoured three at the back formation with this Inter side.

Stefan de Vrij and Milan Skriniar are certainties to take up two of the three centre-back positions. However, Conte will probably opt for an experienced leader to take charge of the defence.

This has been sorted already, as ?Atletico Madrid defender Diego Godin is set to sign for the club on the first of July when his contract at the Spanish club comes to an end.

This will represent a great coup for Conte and Inter. The 33-year-old is hugely experienced and has been one of the best centre-backs in Europe for the last few years. His leadership qualities will be valuable to the team, and with two younger defenders beside him, could result in a brilliant defensive unit.

A Right Wing Back Along with a back three there are usually two wing backs. A specialist position, Conte will want the perfect man to come in and play on the right. Sime Vrasiljko and Danilo D’Ambrosio are both adequate right-backs, but neither are suitable for the position Conte requires.

Although linked with former player Victor Moses, Conte has opted for Hertha Berlin midfielder, Valentino Lazaro. The Austrian is capable of playing as a right-sided midfielder or a wing back, so his work rate and ability to go up and down the pitch will appeal to Conte. Although Inter aren’t lacking for midfielders, they have a lot of them who are more forward thinking. In a 3-5-2 formation, the players in the middle of the park are required to be more balanced and be keen on doing the defensive work.

With Radja Nainggolan and Borja Valero being more attacking minded, Inter need to be looking to sign a central midfielder this summer.

According to ?reports, Inter are closing in on a move for Nicolo Barella. Conte has been desperate to secure the signing of the Cagliari man, after the 22-year-old impressed last season, making 35 Serie A appearances. Mauro Icardi had his fair share of problems last season. After some behind the scenes disputes which resulted in him losing the captaincy, Conte made it clear that he wants the Argentinean sold.

?Romelu Lukaku has been linked and is evidently the man Conte wants to play up front alongside Lautaro Martinez. The big Belgian endured a tough season, falling out of favour with his manager. As a result, he is keen on a move to link up with Conte.

Should Icardi leave and Lukaku arrive, Inter will play with two men up top. Consequently, they will require another striker to be on the bench in case an injury arrives to Martinez or Lukaku.

Edin Dzeko could be that man. The Roma striker is of similar size to Lukaku, yet has a different playing style. Lukaku is more likely to make runs on the defenders’ shoulders, whilst Dzeko enjoys aerial duels and coming back slightly deeper to hold up play, making him the perfect option off the bench.