?There’s been transfer sagas galore this summer, but not all of them have ended in success. For every Harry Maguire, Tanguy Ndombele or Antoine Griezmann there has been a litany of players that have been nigh-on impossible for clubs to sell.

Their wage demands could be astronomical, they might not fancy relocating or to put it plainly, they just might not be good enough to attract interest from anyone else.

Whatever reasons lie behind a club’s inability to sell, there’s been plenty of examples of players who have been painfully difficult to move on this summer. ?It seems that every transfer rumour linking a player with Arsenal this summer has been suffixed with a disclaimer, stating that: “the move is unlikely due to the draining effect of Mesut Ozil’s wages on the club’s transfer budget” – or something similar.

I do feel some sympathy for ?Ozil in this regard. He simply accepted a very good deal, and Arsenal fans were certainly not complaining at the time.

However, the cost of keeping the German international at the club, combined with some gutless performances, has now almost universally convinced the supporters, and even his manager Unai Emery, that the midfielder needs to be moved on.

Despite this, Ozil has proved to be impossible to shift. Links to ?various Turkish clubs, as well as a ?possible move to D.C United, have never been close to being realised and with his contract running until 2021, the World Cup winner could stick around in north London for a long time yet.

?As soon as Zinedine Zidane reemerged at the Santiago Bernabéu, Gareth Bale must have known his days were numbered.

The 30-year-old’s agent summed up the pair’s relationship perfectly in July, stating: “

Manchester United, Liverpool and a host of other top European clubs were linked with a move for Bale, but his astronomical wages seemed to put a lot of them off…for obvious reasons.

He hoped to have found footballing salvation, in the form of mega-rich Chinese Super League side ?would eventually break down?Real Madrid’s ?Arsenal fans dislike for Shkodran Mustafi borders on the ridiculous. According to some Gunners’ supporters, the error-prone German is responsible for global warming, rush hour traffic and a everything bad that’s ever happened to them.

Unai Emery is also not the centre-back’s biggest admirer, with it recently emerging that he has tried to sell the German in ?each of his three transfer windows as Arsenal manager so far.

The trend of Emery failing in his attempts to move Mustafi on look set to continue this summer, with speculation linking him to Monaco and Valencia going quiet of late.

Emery’s only hope is that Roma proceed with a loan move for the defender, but with a deal that runs until 2021, there’s nothing stopping Mustafi returning after the loan move is up. Oh, the horror! ?One that may have slipped under your radar this summer is ?Leicester City’s struggles to get Adrien Silva off of their wage bill.

Struggling to break into the first team, he spent the second half of last season on loan at Monaco, in a deal that brought Youri Tielemans to the King Power Stadium.

When Tielemans signed permanently in the summer, it was assumed to Silva would be the likely replacement for him at the Stade Louis II. However, the deal panned out.

Brendan Rodgers recently came out publicly encouraging Silva to leave, but even this has failed to stir up much interest in the Portuguese international. The midfielder’s first team prospects are likely to be limited this season and he will be hoping that speculation linking him with a move to Rennes or ?AC Milan has some substance. 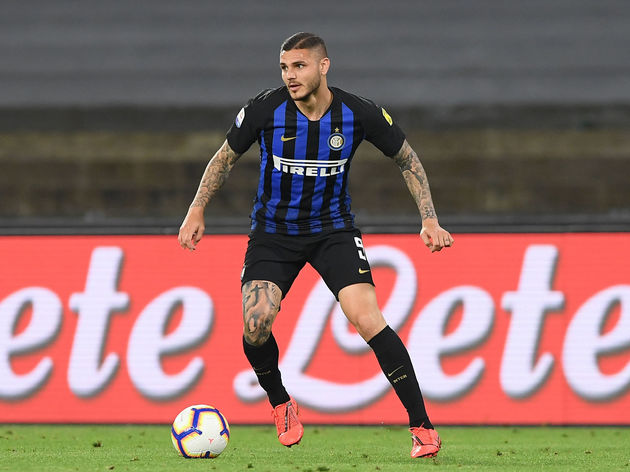 ?Since arriving at the club, Antonio Conte has made it very, very clear that Mauro Icardi is not part of his plans. An infamously disruptive personality in the dressing room, the striker would no doubt respond negatively to Conte’s regimented training regime.

This? transfer saga has been rumbling for all summer long and, much to his manager’s dismay, the likelihood of the Argentine staying at San Siro is increasing by the day.

?Juventus, ?Napoli, Roma and Monaco have all been linked with a move for Icardi in recent times, but his final destination remains a mystery.

If he does end of staying at ?Inter, Conte will surely try and heal the rift between the club and Icardi, as attackers of his ability are not abundant commodities in football.