There is still plenty to play for on the final matchday of the 2018/19 Champions League group stage.

The likes of Real Madrid, Barcelona, Juventus, Manchester United, Bayern Munich and Atletico Madrid may already be assured of their place in the knockout rounds, but five big names are still in danger of crashing out of the competition this week. Inter are at risk of their first Champions League campaign since 2011/12 ending at the first hurdle after a loss against Tottenham on matchday five saw them slip to third place in Group B, although they remain level on points with Spurs above them.

A win for the Nerazzurri at home against an already eliminated PSV Eindhoven in the final game could be enough to see them through, but there are no guarantees. Mauricio Pochettino’s Tottenham players are well aware that Inter are breathing down their necks and it was only because of a dramatic and heroic late win over the three-time European champions last time out that Spurs even have a chance of reaching the knockout rounds.

Harry Kane and co. will have to call on that spirit as they desperately need to take points off Barcelona. Taking to the pitch at Camp Nou, they must simply match Inter’s result against PSV, win, lose or draw.

Anything less than a win might result in dropping into the Europa League. 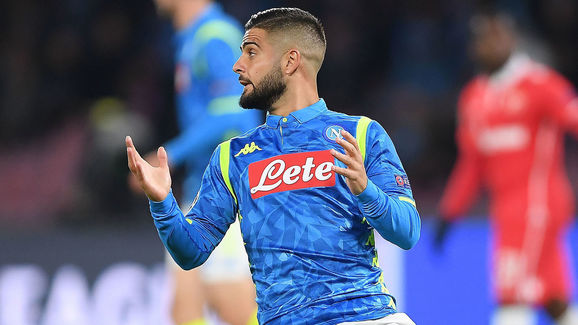 Napoli find themselves top of Group C with only one game left to play and yet could actually be third and out of the Champions League by the time matchday six is over. That is how tight it is.

The Serie A side are at least in control of their own destiny and do not have to rely on another result elsewhere in the group going in their favour as long as they aren’t beaten by Liverpool, on what promises to be an epic European night at Anfield. Losing leaves them exposed, though. Liverpool are playing catch up in Group C after suffering defeats against Napoli, Red Star Belgrade and Paris Saint-Germain in their first five games. Now, only a win in the final game when Napoli visit Anfield will be enough for last season’s finalist to make the knockout rounds.

Assuming PSG beat Red Star in the other game, Liverpool can progress with a 1-0 win over Napoli. A victory of two or more goals would be enough, but UEFA’s tiebreaker criteria means that a 2-1 or 3-2 win, for example, would not be enough. Though if PSG cannot beat Red Star, any Liverpool win will actually do the job.

On the other side of the same coin, if Napoli beat Liverpool and Red Star beat PSG, the Reds would actually finish bottom of the group and even miss out on the consolation Europa League. Should a PSG side featuring Neymar and Kylian Mbappe, the two most expensive players of all time, not qualify for the Champions League knockout stages there would be a huge inquest in the French capital as this team has been solely built for European glory after dominating France.

What’s more, it could very feasibly happen if the Ligue 1 leaders are unable to win on the road against Red Star, who haven’t yet been beaten in Belgrade in the competition this season, and Liverpool win by any score-line against Napoli.

For the first time ever the Triple Changers are here! There’s more to this Triple Changer than meets the eye. Shatter is on the hunt in ?#BumblebeeMovie this Christmas.