It was business as usual on the continent this weekend: Bayern Munich regained their rightful place on top of the Bundesliga, Real Madrid didn’t win a derby match, Milan played terribly and the usual suspects all scored.

Here are seven of the things you may have missed from this weekend’s action. 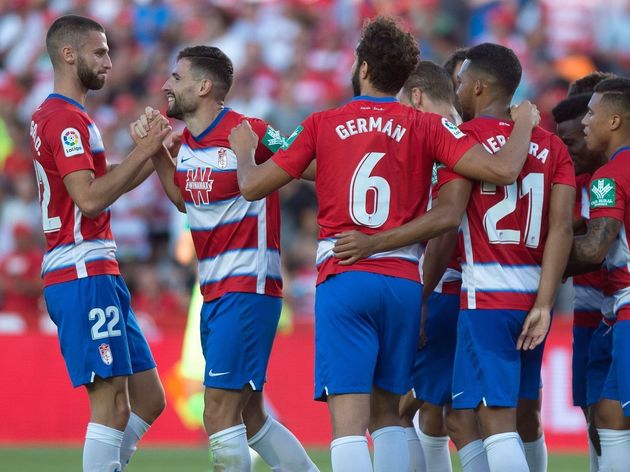 In 2016/17, after years of somehow just avoiding relegation from ?La Liga, Granada finally faced the drop. They went down with a whimper too, collecting just four wins and amassing a measly total of 20 points.

Two years later, after some rebuilding, they’re back in the Spanish top-flight and they couldn’t have hoped for a better start.

Having taken the scalp of ?Barcelona the week prior, Granada went into their fixture against bottom side Leganes with plenty of confidence and duly earned a 1-0 win.

It was their fourth win of the season and it lifted them into second place, above the likes of ?Atletico Madrid and ?Barcelona and just one point below first-placed ?Real Madrid.

It’s still early days of course, but you could forgive Granada fans for already dreaming of European football next season.

It Just Isn’t Working, Is it Vincent? Anderlecht’s decision to appoint ?Vincent Kompany – a man with no coaching experience – as their new manager certainly raised plenty of eyebrows.

So how is Kompany doing at Belgium’s most decorated club? Pretty terribly, to be honest. Anderlecht

Meanwhile at Anderlecht: unhappy ultras waiting at the main gate after a 6 out of 27 for Vincent Kompany’s team and a disappointing 0-0 draw against Waasland-Beveren. pic.twitter.com/wJ9bmxKh7p

A home fixture against lowly Waasland-Beveren represented an opportunity for Kompany’s side to get some points on the board, but it wasn’t to be as they could only draw 0-0. The failure to win means they are now eight points off the Championship play-off places, the bare minimum for a side like Anderlecht.

It’s easy to feel sorry for Kompany, who seems like a thoroughly good man off the pitch, but it’s becoming clear that this opportunity came too soon for the 33-year-old. 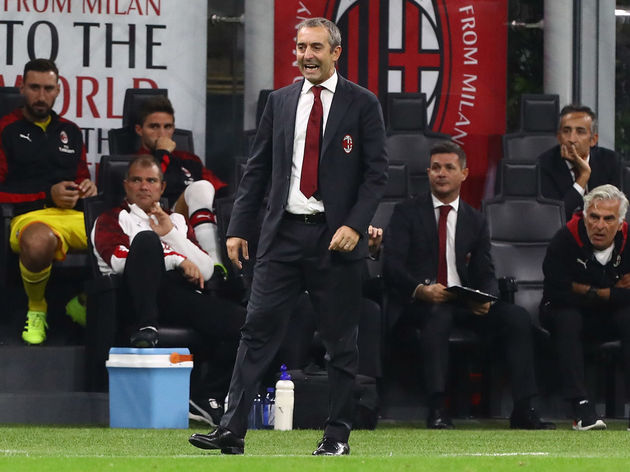 Once one of Europe’s most elite clubs, ?Milan have been something of a joke for nearly a decade.

Over the summer, they were kicked out of the Europa League for FFP violations and lost a talented coach in Gennaro Gattuso. They appointed Marco Giampaolo as his replacement, a smart appointment on the face of it.

But after six games, Milan have lost on four occasions, their worst start to the season since 1938-39. In the process, Giampaolo’s side have scored just four goals, with two of these being penalties.

A pathetic home 3-1 loss to Fiorentina on Sunday leaves I Rossoneri just one point above the relegation places. Bleak times indeed.

Inter Make it Six From Six Over at ?Inter, who endured their own banter era for a while, the future is looking much brighter. Antonio Conte’s side are currently top of ?Serie A, having won all six of their league matches.

Their 3-1 win over Sampdoria on Saturday felt very much like business as usual. Goals from Stefano Sensi, ?Alexis Sanchez and Roberto Gagliardini were enough to see off I Doria, who themselves are bottom of Serie A.

The only man who can tear down Juventus’ monopoly, is the very man who created it.

Sanchez was given his first league start in the game and it was, safe to say, unforgettable. He bagged a brace in just two minutes, only for the first goal to be later given to Sensi, before receiving a second yellow early in the second half for diving. Having terrorised ?Bundesliga defences for nearly a decade now, the 31-year-old Robert Lewandowski shows no signs of slowing down.

His goal in ?Bayern Munich’s 3-2 defeat of Paderborn on Saturday with his tenth Bundesliga goal of the season and we’re only six games in.

The Polish striker has scored in each of Bayern’s league games this season, including getting a hat-trick against ?Schalke and braces against Hertha Berlin and FC Cologne.

Could this be Lewandowski’s most prolific season yet?

The First of Many? What a day for Mario Balotelli! ?

…And walks out with daughter Pia ? pic.twitter.com/YP7lQKbbpv

Hopefully, this will be the first of many for Balotelli, as he looks to help Brescia avoid relegation this season.