So AC Milan and Inter have announced intentions to leave behind one of world football’s most iconic venues in San Siro in order to build a brand new stadium.

It’s undoubtedly a real shame, but needs must if these two are to move forward as clubs.?

The club’s presented two concept designs for the new build recently, with one of the lead architects promising the finished arena will be ‘better than Tottenham’s’, as quoted by ?Football Italia.

One design – as seen above – features concentric rings around the stadium, while the other has designs elements based on the city of Milan’s famous Duomo cathedral and Galleria.

Still, as intriguing as they are, Inter and AC fans would be wise not to get too carried away just yet as concept designs are often rejigged, rehashed and altogether abandoned later on in the process.

And so, we present to you, the eight greatest football stadiums that were never built…

Back when Pompey were the big boys of Hampshire, winning FA Cups and playing in Europe and all sorts, they decided Fratton Park was too small for a club of their size.

Seeing the amazing images of Everton’s planned new stadium reminds me of this classic design Portsmouth came up with for a move away from Fratton Park. (Yes, it’s in the sea!!) pic.twitter.com/VyPfE6fs9h

Their solution? ?Build a stadium next to a naval base right on the coastline where unexploded World War II bombs are still found. Guess why this dream was never realised?

Phwoar, now ?this was beautiful

Unfortunately for ?Chelsea, they lost the race to take over development at Battersea Power Station remain at Stamford Bridge and their plans to redevelop their current home have also gone down the pan.

Sorry to hear that, Chels fans. 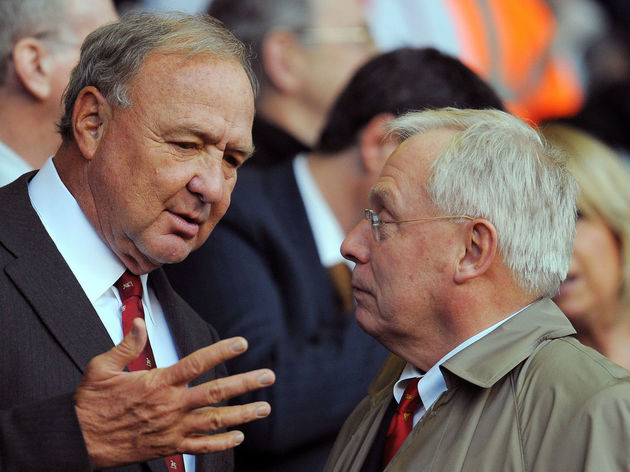 Probably for the best that ?this stadium was never built; Anfield is just far too iconic to bulldoze.

Plans to move to Stanley Park came and went fairly quickly during the infamous Hicks and Gillett era, in hindsight probably to the delight of Reds fans everywhere, despite the ground’s obvious beauty.

It also would’ve moved ?Liverpool closer to ?Everton, and there were even tentative plans at the end of the 2000s to build conjoined stadiums for the Merseyside rivals! Back before their wonderful new ground was given the green light, ?Spurs were in a battle with West Ham to move into the ?Olympic Stadium, proposing to completely demolish the arena and build their own specifically designed for football.

Rumour says it was just to pressure Haringey council into granting eventual planning permission back in north London, but the plans did exist.

?Milan have priors to trying to leave their spiritual home of San Siro.

Back in 2014, Barbara Berlusconi unveiled plans for a 42,000-seater stadium next to their new headquarters in the CityLife district of ?Milan, hoping to maximise their own club revenue streams.

The plans – which involved gardens built atop the block-like structures – were canned a year later, pathing the way for the designs we have now.? Okay, technically this stadium has been built. Kinda.

Valencia began building their new stadium all the way back in 2007, with plans for the capacity to reach 80,000 as they aimed to close the gap on ?Real Madrid and ?Barcelona.

However, financial difficulties over the years have downsized the project, which is standing in the city right now – it’s just not finished and might not be for several more years.

Famous for their pioneering eco-innovation, League Two Forest Green Rovers, owned by green energy magnate Dale Vince, made the headlines back in 2016 when they announced plans for a 5,000-seater stadium in the Cotswolds to be made entirely out of wood.

The stadium was set to be the main feature of a £100m sports and green technology complex near Stroud.

However, in 2019 the local council rejected the planning permission putting the project on ice indefinitely.

Further Reading – Meanwhile, see ?here for 20 football stadiums around the world that are scheduled to be built…