?Following arguably one of the most entertaining Champions League campaigns of all time last season, the current edition of the competition shows no signs of letting up after another round of scintillating clashes.

Chelsea continued their resurgence under Frank Lampard, Barcelona were pushed to their limits, Kylian Mbappe showed us once more why he’s among the best in the world, and we were blessed with some utterly sublime goals in matchday three of Europe’s elite club competition.

Here is 90min’s Team of the Week for the most recent round of fixtures. 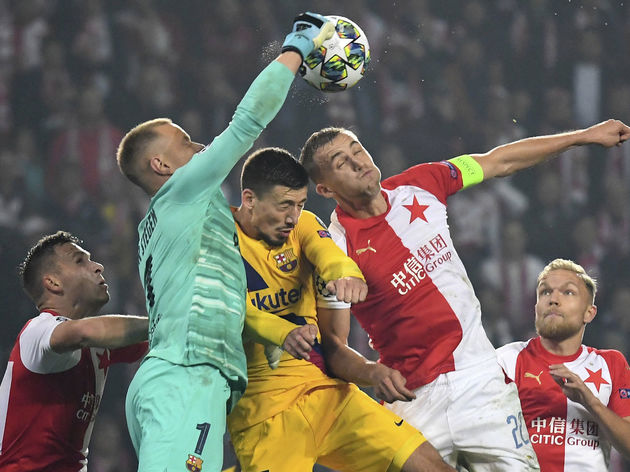 Marc-Andre ter Stegen (GK) – He may not be usurping Manuel Neuer as Germany’s number one goalkeeper just yet, but ?Ter Stegen continues to show the world why he’s among the best in the business. The ‘keeper made eight saves against a plucky Slavia Prague side to maintain ?Barcelona’s unbeaten start in Europe, in what was one of his most impressive performances for La Blaugrana to date.

?Cesar Azpilicueta (RB) – ‘Dave’, as he is affectionately referred to at Stamford Bridge, put in a captain’s performance in Amsterdam, halting anything the Dutch side threw at the ?Blues including a superb block

Stefan de Vrij (CB) – Going forward there is no doubting ?Inter’s quality, but at the back Antonio Conte is still working on the issues that saw his side ship three goals in their most recent Serie A outing. Against Borussia Dortmund, however, there were no such qualms with De Vrij stunting every attack and limiting the visitors to just two shots on target.

Juan Bernat (LB) – Deemed surplus to requirements in Bavaria, Bernat has had no such worries at Paris Saint-Germain, where he has become the club’s undisputed first choice left-back. He showed his clash in the demolition of Club Brugge, putting in an assured performance and helping his side record a clean sheet in Belgium. 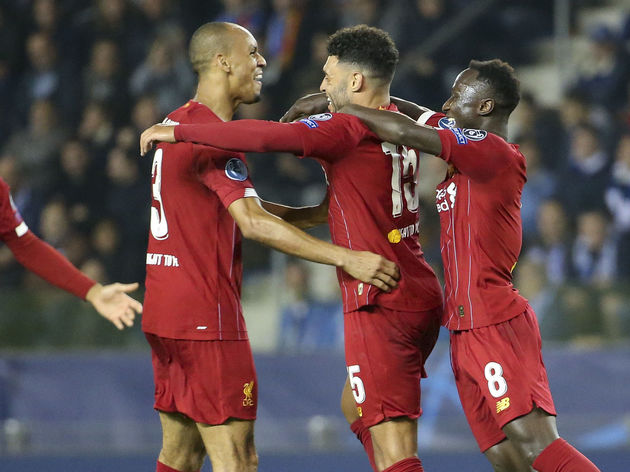 Marcel Sabitzer (RCM) – While netting a wonder goal shouldn’t automatically constitute a place in any TOTW, what Sabitzer unleashed for RB Leipzig against Zenit Saint Petersburg was a goal that will grace many ?Champions League compilations for years to come.? Just go watch it if you haven’t seen it 45 times already. And even if you have, watch it ?again.

Fabinho (CDM) – Tasked on Wednesday with being the sole holding midfielder against Genk, Fabinho took on that responsibility with consummate ease. Rarely gifting the opposition with a moment’s peace, or carelessly losing possession, he was the perfect anchor in the centre of the park for the Reds.

Alex Oxlade-Chamberlain (LCM) – Not to be undone by Sabitzer, Oxlade-Chamberlain’s glorious inventive strike against Genk will easily go down as his best career goal to date. Aside from that though, the 26-year-old put in a solid display in the heart of the ?Liverpool midfield and will present Jurgen Klopp with a selection headache ahead of the upcoming ?Premier League fixtures. 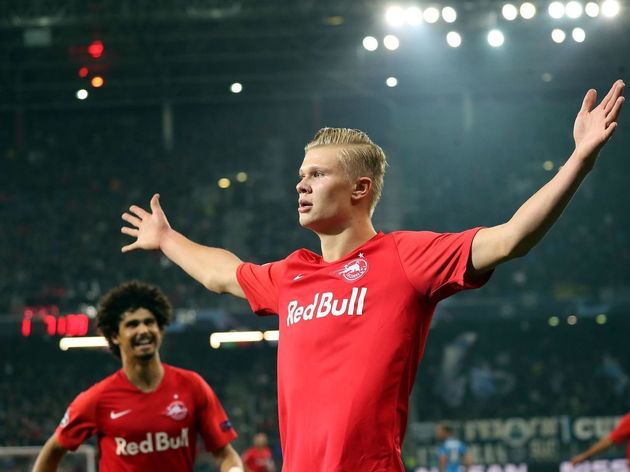 Raheem Sterling (RW) – The 24-year-old shows no signs of letting up his immense form under Pep Guardiola after netting his first European hat-trick under the floodlights of the Etihad Stadium. Against a battling Atalanta side, ?Sterling ripped the Italian side to shreds with superb movement and finishing ability. Furthermore, he assisted Sergio Aguero’s first goal and won the penalty for the second. An all-round sublime display.

Erling Braut Håland (ST) – He may have been on the losing side, but there is good reason why

?Mbappe has done so