Week 11 of Top European Football and the

You’ll notice that this isn’t being written by Wilf or Jack, for once. What is this, A CROSSOVER EPISODE?!

(BoJack line. That’s a line from BoJack. Mr Peanutbutter says it. You know how this goes.) 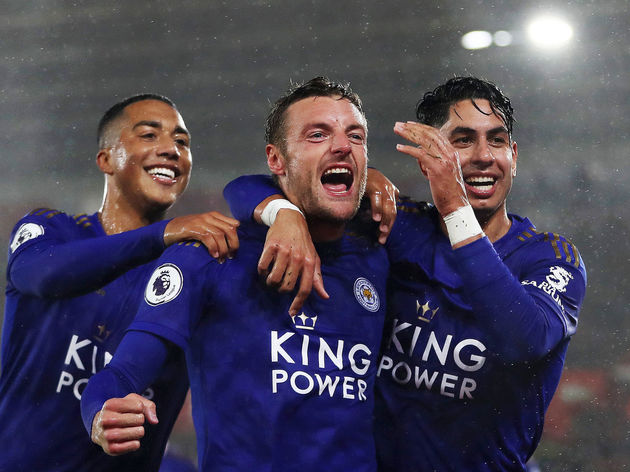 “There are people in your life who are gonna try to hold you back, slow you down, but you don’t let them. Don’t you stop running and don’t you ever look behind you.”

It’s been a tricky season for Brand Vardy, what with only scoring twice in his first seven game of the season, getting older, worrying that Ayoze Perez might take his place in the team and…well, all that kind of thing.

What does ?Jamie Vardy do best? Run, don’t stop running, and never look back. His hat-trick on Friday night brings him to six goals in four games – did we mention that ?Leicester won 9-0 on Friday night?

As for the people slowing him down, well…………..it’s Rebekah Vardy’s account. There were three ?Premier League games kicking off at 4:30pm on Sunday. Sky Sports put on the Champions League final rematch between ?Liverpool and Spurs, and popped Crystal Palace’s trip to Arsenal on one of their other channels. Norwich vs ?Manchester United? Nothing.

Liverpool, Spurs, Palace and Arsenal think that because they were on TV, that makes them better than Norwich. Better than Tim Krul. Well guess what, those clubs! Tim Krul was on Match of the Day 2 (after those two other games) saving two penalties. Now he’s on TV! So now he’s better than everybody! 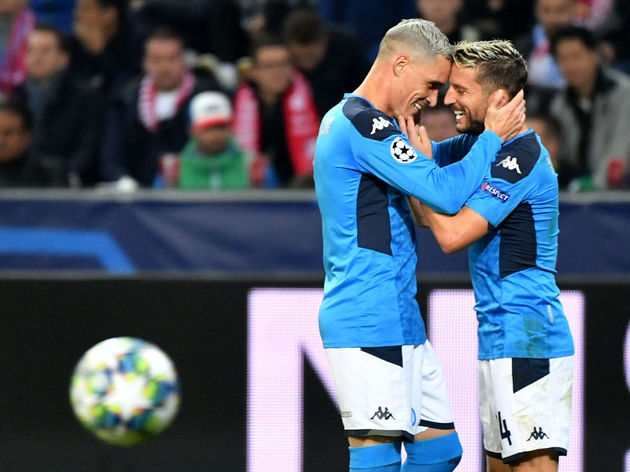 “Letting you stay with me was the best thing I ever did on purpose.”

Lots of people have tried to steal Dries Mertens away from Napoli since he arrived in 2013, but Napoli have made sure he stayed. It might be the best thing they ever did on purpose – and now he’s passed Diego Maradona (you’ve heard of him) on the club’s all-time goalscoring charts. “Most people don’t even get to do The Brady Bunch version of the thing they want to do with their lives. You’re actually in a really good position now, because you can pretty much do anything you want. You’re responsible for your own happiness, you know?”

Most people – this might come as a bit of Hot News – don’t get to be professional footballers. Harry Kane gets to play for his team, gets to score Champions League goals, gets to score at Anfield…he’s in a really good position right now.

If you listen to Roy Keane, Kane can do pretty much anything he wants too, including going to Manchester United. But he’s responsible for his own happiness, you know? Why would he…do that? 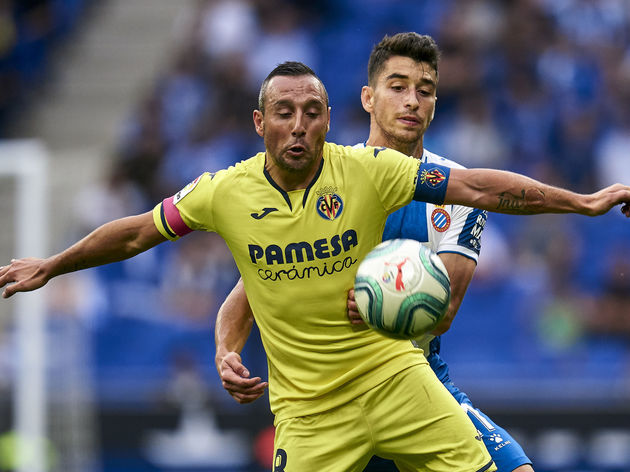 “Idea for a new app: an undo button that can undo long amounts of time. Three months. A year. A life. One click and everything could just go back to the way it was.”

Idea for a new app: an undo button that can take you back in time and help you avoid an injury. Three months. A year. A two-year injury which eats inches off your tendons and turns your bones into putty.

One click and you could get the last years of your prime back, rather than having to torture yourself with what could have been by being one of the best players in the country at the age of thirty four, with an ankle held together by sellotape and prayers.

Santi Cazorla is still amazing. Just imagine what he could’ve been. One click. 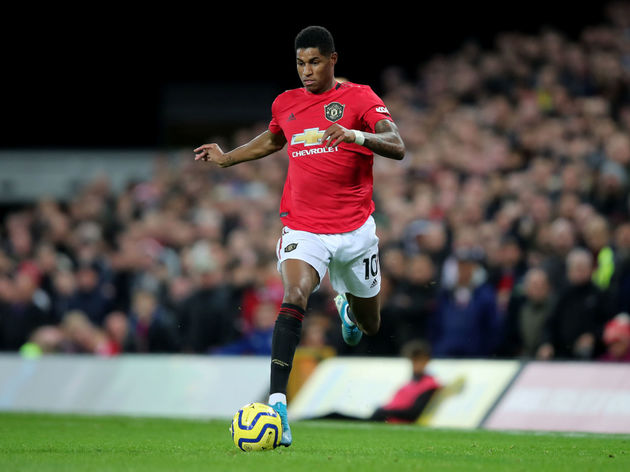 “Apparently, the French people do not care for you ever since you said that thing about them in the press.”

The French people still don’t like him though, not after that thing he did against PSG that was in the press. “All that matters now is the story. And we get to decide what our story is. Nobody else gets to tell you what your story is.”

Every year, someone comes from nowhere to be one of Europe’s best. Sometimes for a few weeks, sometimes for the season – but there’s always one. Someone who’s well into their career, 28 years old or so, whose career trajectory is more or less set.

Luis Muriel has never scored more than 11 league goals in a season, the foreword and first three chapters of his story have been written. He scored a hat-trick on the weekend to take his league record to eight goals in seven Serie A games since moving to Atalanta this summer. Luis Muriel is changing his story. Hey! There’s a Cheez-It on the shelf! I knew I kept these things around for a reason.

Lazio lost to Celtic in the Europa League in midweek – the bad kind, the ‘2-1 away while their fans hold up a banner of Mussolini being hung by his feet’ kind.

Then they remembered that they have Ciro Immobile, with five goals and two assists in his last three league games, on the shelf (read: subs bench). So they started him at Fiorentina, he scored and assisted and they won 2-1. Knew they kept him around for a reason. 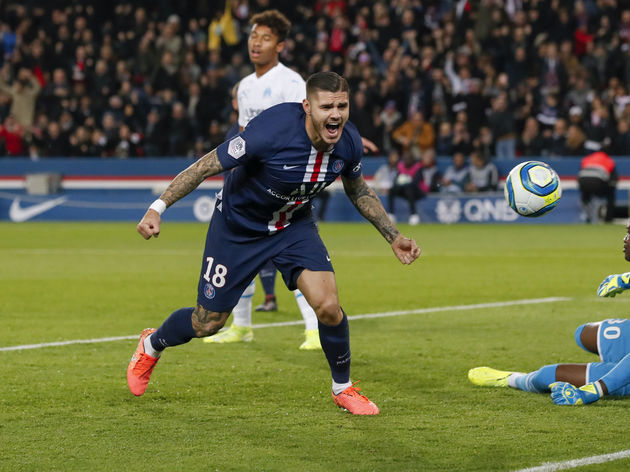 On loan at Paris Saint-Germain and angling for a permanent move, Mauro Icardi scored four goals in a week to make it five games in a row with at least one goal.

PSG have money. Oodles of money. Wanda and Mauro might be getting a call soon. 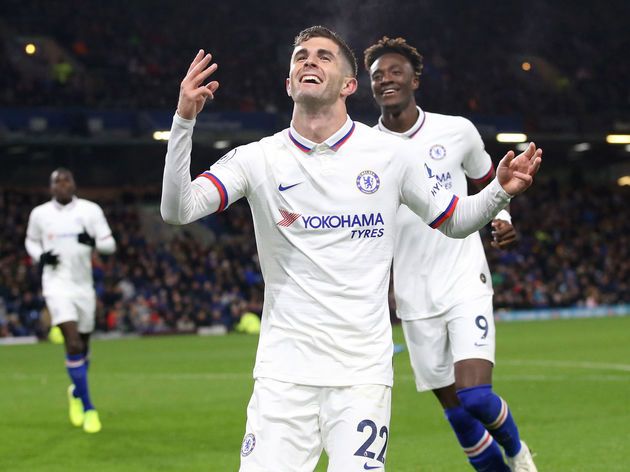 “So you took some licks, but you’re gonna bounce back! Because you’re talented, you’re smart, and damn it, you’re good! You are a goddamn American treasure, you know that?”

Christian Pulisic has taken some licks since moving to Chelsea this summer. He’d only started three of the Blues’ 12 ‘big competition’ games before the trip to Burnley this weekend, but he earned his place with an assist off the bench against Ajax and then went and scored a hat-trick against Sean Dyche’s mob. Because he’s talented, he’s smart and damnit he’s good. “Sure, you’ll act all friendly, gain his trust, chauffeur him around on his little errands to the groomer and whatnot, but all the while you’ll be studying him, scouting out his weaknesses, biding your time till we’re ready to strike. And once you zero in on his Achilles’ heel…we will take him down.”

There’s a real chance that Inter get knocked out of the Champions League and into the Europa League by Barcelona and Dortmund. That’s when Lukaku – another goal this week, although goalless in the CL – feeds back to United, chauffeuring the Serie A side up to a face-off with his old club, then him and Alexis Sanchez take them down from the inside and return as heroes. “So you’re the quote-unquote ‘person singular’ that everyone’s so crazy about. What have you got figured out that I don’t?”

Five goals and an assist last week against Club Brugge and Marseille. Kylian Mbappe has figured out that clubs shouldn’t play a high line against him. Andre Villas-Boas didn’t. As #Raz himself said on Twitter after his Champions League hat-trick, #aimhigher. He’s also been tweeting a lot about the LA Clippers, which makes sense because he’s only scoring in twos and threes right now. “What?! No! It’s not a cult. It’s just a dogmatic school of thought taught by a for-profit organization with the promise of social and professional opportunities.” “Every day, it gets a little easier. But you gotta do it every day. That’s the hard part. But it does get easier.”

But Robert Lewandowski has done it every day. He scored eight goals in his first season in the Bundesliga, then hit 20+ for three seasons in a row. Now, in his tenth season in the German top flight, he’s got 13 goals in nine games and has at least 40 goals in all competitions for four straight campaigns.