?Following a dismal showing at the summer’s World Cup, it was no secret that Argentina were in need of a face-lift. Their tired, ageing-to-the-point-of-dilapidation squad – and I’m not just talking about Javier Mascherano – needed, not just some invigorating botox, but a whole skeletal re-structuring.

Out with old (they had the oldest squad around in Russia), in with the new. That started with replacing the unrelentingly emotional and passionate, but ultimately ineffectual, Jorge Sampaoli. The 40-year-old, recently retired footballer Lionel Scaloni was chosen as his successor, albeit in a caretaker fashion, which may yet now be converted into a full-time role. 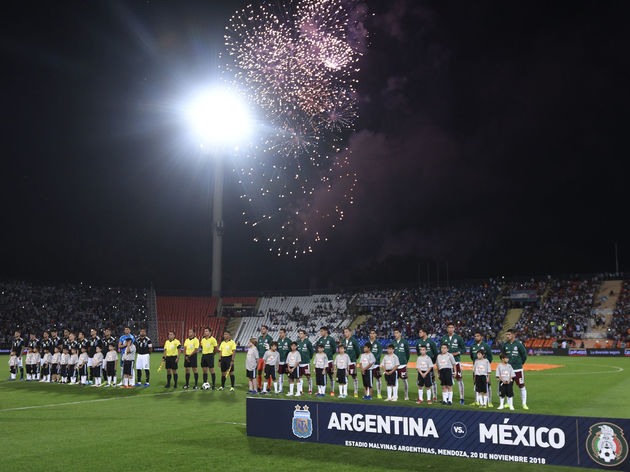 With 18 years shaved off in one foul swoop, La Albiceleste set about ammending other places of concern, handing out 16 debuts in the time since that quarter final loss to France.

One of these places of concern was naturally what happens when Lionel Messi stops being Lionel Messi. Fortunately, they have had a taste of this phenomenon for the duration of Scaloni’s tenure, following the Barcelona man’s injury and subsequent need for recovery.

This gave a chance for the up and coming young bucks of the next generation to forge a path for themselves – one which they’ll hope a whole nation can happily tread with them.

Against Guatemala, in their first post-World Cup encounter, it was Giovanni Simoene who staked his claim with a how-could-you-even-make-this-comparison-haven’t-you-learnt-anything-?Messi-esque finish on his international debut.

A month later, it was the turn of new ?Inter signing Lautaro Martinez, on his first start and second outing for the White and Sky Blues, to net his debut goal with a terrific header (the like of which you would back Messi to score, but wouldn’t bank on it – for reference). This was great, and meant Scaloni could genuinely point to a burgeoning crop of youngsters. But it perhaps wasn’t until the more established figures of ?Mauro Icardi and Paulo Dybala finally opened their international accounts against Mexico on Tuesday evening that Argentina could get genuinely excited.

For while the other two rise up the ranks in Serie A, Icardi and ?Dybala have been heading up those particular ranks for some time now. Somehow, this hadn’t translated to international success, but Scolani has set about repairing this strange fact.

After making his seven minute debut in 2013, I Nerazzurri number nine didn’t wear his international colours again for four years, and surprisingly for a man with his recent output, Tuesday’s win was only his ninth cap. That record of one in nine will be one he will look to remedy rapidly.

Both, it’s fair to say, took their finishes with consummate ease and composure, and the ?Juventus man’s effort was fittingly provided by Simeone. Even more promising, and in slight contrast to the preceding years of wildly top-heavy starting XI’s, there is a little more faith across the park now.

While Jaun Foyth and Paulo Gazzaniga have both got a long way to go, their potential – imbued by the moulding hands of Argentina’s greatest tactician, Mauricio Pochettino – speaks to a backbone of the future.

But there’s no doubt now as to where the principle brawn and brains will be coming from in this new Argentinian body – the footballing powerhouse cities of Turin and Milan.