?Title races. Champions League spots. Avoiding the drop. Domestic football is inching ever closer to its conclusion and, with games running out thick and fast, it really is all to play for at both ends of the table.

The Premier League title race took another huge step on Wednesday with Manchester City’s derby victory at Old Trafford, with Pep Guardiola’s men firmly in the driving seat now. But with tricky away fixtures still to play, don’t write off a late Liverpool twist just yet.

The race for Champions League football has also been similarly enthralling, whilst there are really intriguing battles at the top across Europe, including in the Bundesliga, Serie A and Primeira Liga.

Wednesday’s clash against derby rivals Manchester United was billed as the game to shape the title race, and whilst ?City’s victory no doubt saw them take a huge step towards retaining their crown, Liverpool fans shouldn’t lose hope just yet. Pep Guardiola’s side travel to Turf Moor to take on a Burnley side who were impressive in securing a backs-to-the-wall 2-2 draw at Chelsea.

With ?Kevin De Bruyne still missing, and midfield lynchpin ?Fernandinho also seemingly set to be ruled out of action with injury, City will have to make do without two of their most important first-team stars. Burnley are notoriously strong at home, and if they show the same kind of display resilience as they did at Stamford Bridge, then a free-scoring City side will have their work cut out to find a way through.

The pressure on getting a result is likely to be further exacerbated by ?Liverpool’s virtually guaranteed three points against an already relegated Huddersfield at Anfield on Friday night, so the title race isn’t quite over just yet. Not by any means. ?? It’s the top four race that nobody seems to want to win. Last weekend saw Tottenham lose, ?Manchester United lose, Arsenal lose, and Chelsea draw. If ever there was an opportunity to lay a marker down then that was it, but such is the drama of ?Premier League football, that none of the sides took control of their destiny.

But with midweek results once again throwing another spanner in the works, this Sunday’s clash between United and ?Chelsea takes on added significance. Spurs’ last-gap win at home to Brighton seems to point to them sewing up third, whilst Arsenal’s continued tragic away form has handed the initiative to the team that wants it at Old Trafford on Sunday. Win, and they’ll become favourites. Lose, and they’re almost certainly out of it.

Having suffered two consecutive humbling losses to Everton and Manchester City, Ole Gunnar Solskjaer’s side come into the game with their confidence at a low, whilst the Blues blew a great chance themselves when they managed just a draw to Burnley at Stamford Bridge. This Sunday could be huge in the context of the long-term futures of both clubs. 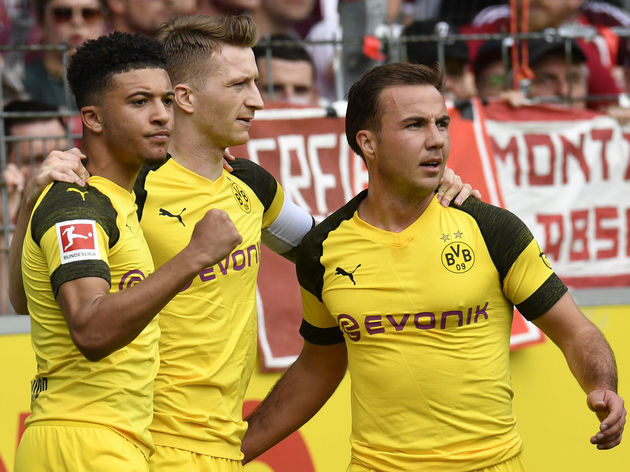 With the ?Bundesliga title race just as close and nerve-racking as the one in England, ?Dortmund entertain rivals Schalke on Saturday looking to keep pace with table-toppers Bayern Munich. The Revierderby comes at a great time for Lucien Favre’s men, with their attack as fearsome and devastating as it has been all season.

The likes of ?Marco Reus, Mario Gotze and Jadon Sancho have all been in inspired form in recent weeks and were instrumental in their side’s 4-0 victory over Freiburg last time out. Dortmund’s Ruhr neighbours Schalke however have endured a miserable time of late with just one win in five, and were soundly beaten 5-2 by Julian Nagelsmann’s enterprising Hoffenheim.

With Bayern away to second-bottom Nurnberg on Sunday, ??Dortmund have the perfect opportunity to leapfrog their arch-rivals and heap the pressure on before their clash. One of the marquee matches of the ?Serie A calendar, ?Inter welcome Juventus to San Siro on Saturday, knowing the battle to qualify for the Champions League next season is well and truly on. The top four sides achieve automatic qualification to the group stages of the competition in Italy, whilst fifth and sixth have to settle for Europa League football.

With only five games to go, just six points separate third-placed Inter with Roma lying in sixth, and a defeat at home to recently crowned champions ?Juventus will only invite the surrounding teams to take advantage. Ivan Perisic rescued a draw for the Nerazzurri against Roma last time out, whilst city rivals Milan continue to breathe down their neck.

With Luciano Spalletti’s side still to face second-placed Napoli at the San Paolo Stadium, a defeat on Saturday could prove catastrophic for their Champions League hopes. 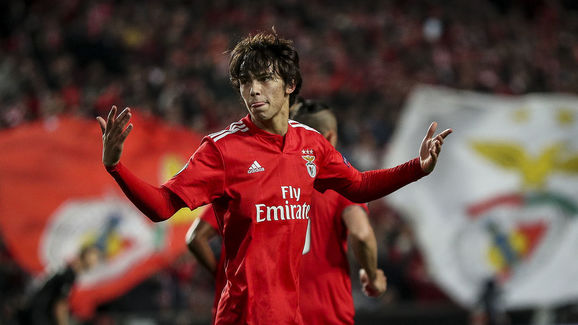 And finally, in another ridiculously close title race, both Benfica and Porto find themselves locked at the top of the table on 75 points apiece. The two Portuguese giants have been in exceptional domestic form in recent weeks too, b?ut found their journeys in the Europa League and Champions League come to an end at the quarter-finals stage last week.

With no European distractions, both sides will relish directing all of their focus on to the league, with this weekend’s fixtures potentially crucial in deciding the destiny of the title. Whilst Porto travel to mid-table Rio Ave on Friday, Benfica have the tougher task of taking fourth-placed Braga away from home on Sunday evening. It’s all set up for a fascinating end to the title race in Portugal.