?AC Milan have made a late attempt to highjack rivals ?Inter in claiming the signature of experienced ?Juventus defender Kwadwo Asamoah. The 29-year-old, who rejected a contract extension at Juventus, has however already reached an agreement of principle with Inter Milan.

According to Calciomercato, the Ghana international has already bought a house in Milan and seemed destined to join Inter, but the late interest shown by AC Milan could possibly lead to renegotiations. 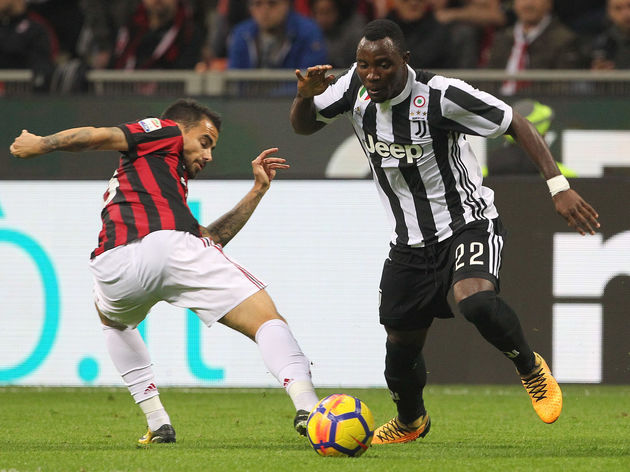 Asamoah joined Juventus in 2012 from Udinese and has spent his whole senior career in Italy. A move to either Inter or AC Milan would be a big boost for both clubs as they have had their defensive struggles over the season.

AC Milan enjoyed renewed optimism at the start of the season when former player Gennaro Gattuso was appointed manager but the Rosseneri are currently in seventh position in the Serie A, while they were also knocked out of the Europa League by Arsenal in the round of 16.

AC Milan have however, already secured the services of defender Ivan Strinic from Sampdoria at the end of the season to strengthen their defence. Strinic will join Gattuso’s side as a free agent.

Inter on the other hand have showed some improvement from last season and are currently in fifth position in Serie A, only one point outside a top three spot. The Nerazzurri are targeting a place in the Champions League under manager Luciano Spalletti, who joined the club in June last year. ?