Alexis Sanchez has named Carles Puyol as the greatest captain he’s ever worked under, ahead of his midweek return to Barcelona for Inter’s Champions League group stage clash with the Catalans.

Sanchez, who scored his first goal for the Nerazzurri over the weekend – before being sent off for a second yellow for simulation in the penalty box – left Barca for Arsenal back in 2014 for around £38m, and is now preparing to return to his old haunt. 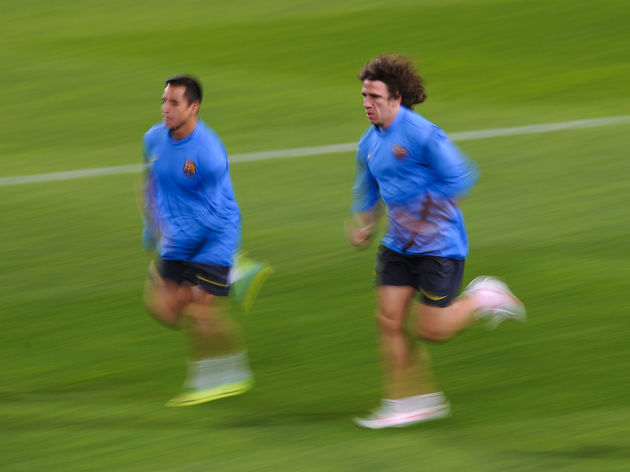 And, speaking ahead of the clash in an interview with UEFA, as relayed by Spanish publication Sport, the Chilean revealed that his captain in Catalonia was the thing he remembers most.

“When I arrived at Barcelona they said it was the best Barcelona side ever at that moment,” he said. “There was [Pep] Guardiola, [Lionel] Messi, Xaxi, [Andres] Iniesta…there was Puyol, who for me is an incredible captain. He’s the best captain I have had in my career.

“It was nice, they teach you to play football in another way, with possession of the ball.”

Returning to the present, ?Sanchez knows as well as anyone how difficult the prospect of a trip to the Nou Camp can be, admitting: “At home, they are very strong. They have the confidence to play there. If we have one chance or two chances, we cannot waste them.

“I played there with United and we wasted three or four clear chances. Then they have one or two, they get in, and you’re 3-0 down. If you want to beat Barcelona, you can’t miss any clear chances.”