?Manchester United are said to have been desperate to offload flop forward Alexis Sanchez by the time a loan was agreed with Serie A club Inter ahead of the Italian transfer deadline.

Sanchez had spectacularly failed to recreate the form that cemented his place as one of the best players in the world during a three-and-a-half-year spell at Arsenal. He scored only five goals in 18 months at United and represented a far bigger problem than on-field performances alone. 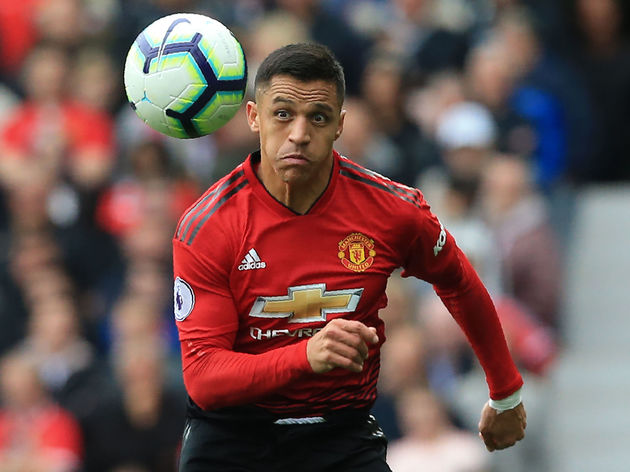 United will continue to partially pay the Chilean while he is rebuilding his career in Italy and haven’t included an option to buy in the loan. The thought process behind that is one of hope that there could be an uncapped market for him next summer if he rediscovers his form of old.

It is, however, a risk and United could just as easily be stuck with him once more next year.

Ultimately, the club had little choice but to get rid of Sanchez any way they could.

A new report from The Athletic has now revealed just how deep the issues ran. The online publication suggests that despite appearances in two behind-closed-doors friendlies designed to improve fitness, as well as Ole Gunnar Solskjaer’s public declaration that he would be part of the plans in 2019/20, Sanchez’s imminent exit has been ‘a matter of time all summer’. His desire to leave was apparently so great he waived parts of bonuses and was at least considering a pay cut in order to make sure it happened.

It was reported in March 2018, two months after moving to Manchester, that Sanchez had no close friends at Arsenal. By November of that same year, it emerged that he rarely spoke to anyone at United other than David de Gea, Juan Mata and Romelu Lukaku.

The Athletic now delivers similar information and quotes a source alleging that Sanchez was a ‘pain in the arse’ at Arsenal, someone who rarely socialised with his teammates and would apparently be happier to score twice in a defeat than not to score in a win, a source claimed.

The Athletic named Lukaku, whom he is set to join at Inter, as his sole United friend.

As has often been alluded to by various reports in recent months, his very presence at the club has been a problem because of wages. It is not Sanchez’s own fault that United were so keen to beat Manchester City to his signature that they shattered their wage structure to do it, but his enormous salary has caused issues with numerous others when it comes to contract renewals.

Sanchez stayed away from Old Trafford as United were beaten by Crystal Palace last weekend. Chris Smalling was also left out of the squad and is set to join Roma on loan, but unlike his colleague, the defender is still reported to have greeted fans and signed autographs outside.

It wasn’t meant to be like this, but it just seems better for everyone that Sanchez goes. There have been concerns over his departure, in tandem with Lukaku’s earlier this month, leaving United short up front. But the pathway to the first team for Mason Greenwood and others is clearer than ever and that is what Solskjaer has wanted.

Even with a thinner squad, United will still be better off without.