?Inter defender Andrea Ranocchia has put pen to paper on a new two-year deal with the club, keeping him around until 2021.

The 31-year-old’s deal was due to expire in the summer and, having made just seven appearances in all competitions this season, it was unclear if his long-term future lay away from the club.

Given his age and lack of first team action, it didn’t seem as if clubs were queuing round the block to secure his signing, even on a free transfer, but Inter nonetheless put speculation to bed with the ?announcement on Monday that he will spend at least two more years in the Italian capital.

He has faded in and out of the first team picture ever since, with loan spells to Sampdoria and Hull City in recent years, but will regardless offer an experienced rotation option from the bench going forward.

It seems likely that he will remain as backup to the first choice duo of Milan Skriniar and Stefan de Vrij for the time being, but both have been linked with moves away over the last few months, so Ranocchia could find himself needed depending on how things pan out this summer. 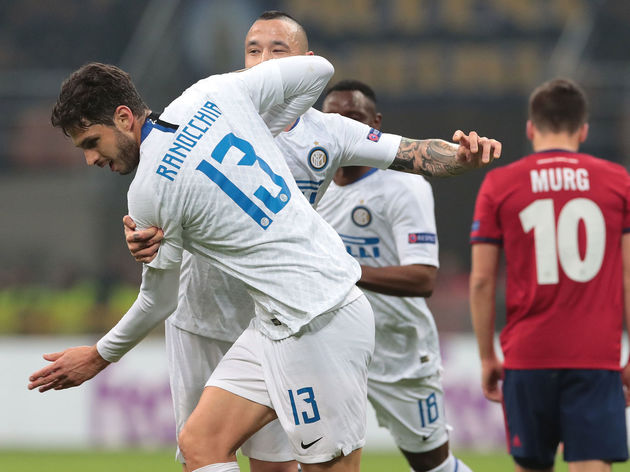 Skriniar has been ?among a host of names linked with a move to join Zinedine Zidane’s revolution at Real Madrid. De Vrij looks less likely to leave given that he has only been at the club for a year, but has been fleetingly reported as one of Manchester United’s central defensive targets.