?Inter are reportedly close to appointing Antonio Conte as their new manager, with the Italian club ‘agreeing terms’ to bring the former Chelsea boss to the club this summer.

Luciano Spalletti is currently in charge of the Nerrazzuri, but despite being on course for Champions League qualification, he is widely expected to leave the club in the coming weeks – with frequent reports over his exit arising throughout the season.

Inter’s situation is so bizarre: they need to reach the Champions League or they won’t be able to afford to sack Luciano Spalletti and hire Antonio Conte.

Effectively, Spalletti is being asked to finance his own replacement

Though the Serie A season has one round of fixtures yet to play, ?The Guardian report that ?Inter are wasting no time in lining up Spalletti’s replacement, and have already agreed terms over a ‘three or four’ year deal to Conte back to Serie A for the first time since 2014.

Though there is minimal detail given over when the announcement will take place, he is expected to sign the deal soon, so it stands to reason that it could be made official shortly after Inter’s final match of the season, at home to SPAL on Sunday.

Conte hasn’t managed since leaving Chelsea last year, but with Inter keen to return to the height of Italian football after a prolonged spell of ?Juventus dominance, it seems they will look to the manager who guided the Turin club to three successive titles between 2011-14, alongside current Inter CEO Beppe Marotta. 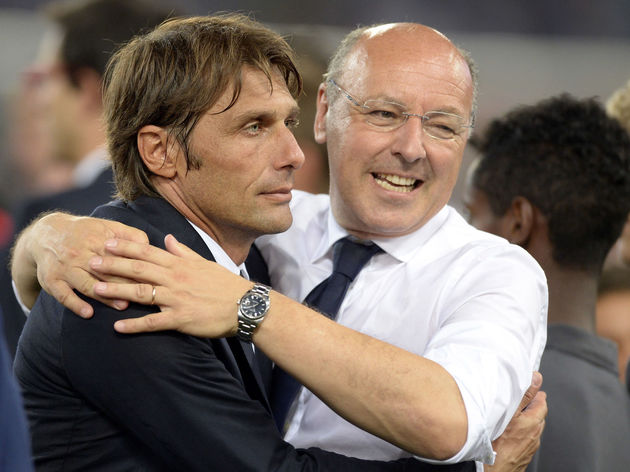 He had been linked with a host of top European clubs, including ?Bayern, PSG, and indeed a return to Juve after they ?announced the departure of Ma?ssimiliano Allegri, but it seems for now as if the Nerazzurri have won the battle for his signature.