?Bayern Munich star Arjen Robben favours a move to the MLS over Inter when his time in Bavaria comes to an end in the summer.

The iconic Dutchman has already announced that he will depart the Allianz Arena at the end of the season after spending a decade in the Bundesliga, with his contract set to expire in the summer.

This sublime Arjen Robben volley sent Manchester United out of the Champions League ?

It gets better with every replay ? pic.twitter.com/GuQeD3mm36

According to ?Calciomercato, Serie A giants ?Inter have already held talks over a potential deal to bring Robben to the San Siro and remain interested in the 35-year-old, but he would apparently prefer a move to the MLS.

Having also starred for ?Chelsea in the Premier League before spending two years at ?Real Madrid, the Italian top flight is the only one of Europe’s major leagues which Robben is yet to grace during his illustrious career.

However, the winger’s apparent preference to head to the United States could end any possibility of making his mark in Serie A. 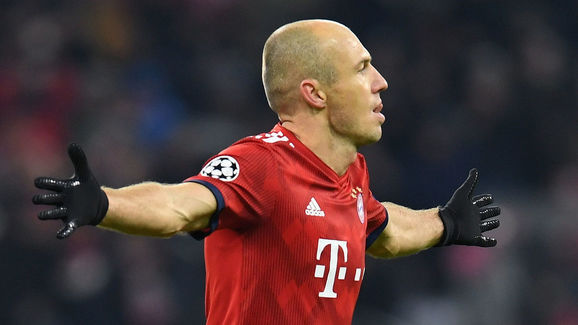 Robben is currently injured and could miss out on ?Bayern’s run-in for the remainder of the season, with Niko Kovac’s side having returned to the top of the Bundesliga with an emphatic 5-0 victory over title rivals ?Borussia Dortmund on Saturday.

The Dutchman has amassed almost 200 appearances for the Bavarian giants during his 10-year stay at the Allianz Arena, scoring 98 goals in 198 appearances.

Robben has played a key role in Bayern winning seven Bundesliga titles during his time in Germany, as well as four DFB-Pokal cups, but will be best remembered at the club for scoring the winner in Bayern’s Champions League final victory over Dortmund in 2013.