?Italy overcame a slow start to maintain their 100% start to Euro 2020 qualifying by securing a 3-1 victory over ten-man Armenia.

The visitors began the game sloppily, giving the ball away regularly, and they were punished inside 11 minutes when a swift Armenia counter-attack was expertly finished into the bottom corner by Alexander Karapetyan.

However, Italy responded impressively and drew level in the 28th minute when Emerson jinked his way down the left flank before crossing for Andrea Belotti, who finished from close range.

Having restored parity, Italy had chances to take a first half lead, with Federico Bernardeschi and Belotti squandering golden opportunities.

Yet, the key moment of the half arrived in stoppage time. Armenia’s goalscorer Karapetyan turned from hero to villain when he was sent off for a second bookable offence after an aerial challenge with Leonardo Bonucci.

Despite having a man advantage, Italy continued to struggle to break down a resilient Armenia side, and the game remained level heading into the final 15 minutes. 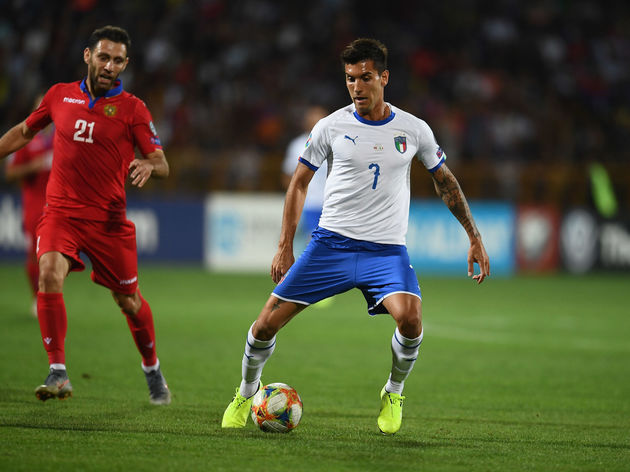 The four-time world champions found an extra gear in the final quarter of an hour, and went ahead in the 78th minute thanks to a Lorenzo Pellegrini header. A third Italian goal was to follow, with Belotti turning inside the area before firing in at the near post to put the game to bed. The 25-year-old has not always been a regular starter for Armenia, but this was his third consecutive start, and he made the most of it.

Although he only played 56 minutes, with the manager opting to move to a more defensive system once the side were reduced to ten men, Barseghyan was Armenia’s biggest threat when he was on the pitch, causing Italy problems on the counter-attack. He hit a tame effort straight at Gianluigi Donnarumma early on, but grew into the game after that.

His through ball for Karapetyan to set up Armenia’s goal was perfectly weighted, showing the quality that he possesses. With more performances like this, he is bound to keep his place in the starting line-up.

Many wondered how Roberto Mancini would set up his midfield three for this game, given that Stefano Sensi has been exceptional in Inter’s first two Serie A games of the season. Meanwhile, teammate Nicolo Barella has been on the bench for those matches.

However, Mancini opted to stick with Barella here, only bringing Sensi on for the final 20 minutes. Italy’s midfield was hard-working, but lacked a little quality with their final ball at times. Barella in particular looked a little off the pace, and was unable to prevent Armenia’s counter-attack for their goal.

Marco Verratti was also booked in the game, meaning that he will be suspended for Italy’s next qualifier. This leaves the door open for Sensi to make his mark on the international stage on Sunday. 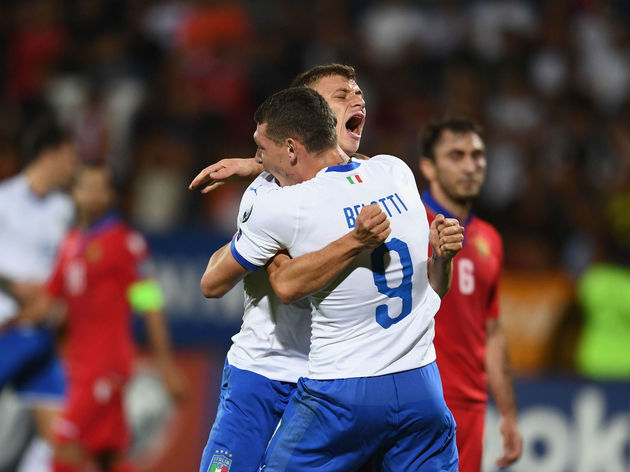 Italy have been searching for a clear first choice striker in recent years, having tried Ciro Immobile, Fabio Quagliarella and Moise Kean in the lone striker role. Belotti has just put his hand up to get more opportunities in that position.

The Torino striker did miss a sitter in the first half, but kept putting himself in the right positions. He was rewarded by scoring twice,

Both teams will return to action on Sunday for their final game of the international break. Armenia remain on home soil, this time hosting Bosnia & Herzegovina.

Meanwhile, Italy face a trip to Finland. a side which they beat 2-0 back in March.