?Arsenal play-maker Mesut Ozil has been linked with a move away from Emirates Stadium despite signing a new contract with the Gunners in January, with Italian giants reportedly ready to make a move for the German.

The ex-Germany international was left on the bench by Unai Emery last week during ?Arsenal’s 2-1 victory over Bournemouth and was unavailable for the north London derby due to injury, as doubts continue to surface about his work-rate, especially during tough away fixtures. Reports in The? S?un suggest that Italian giants Inter are interested in signing Ozil and could offer the midfielder a way out of the Premier League if his relationship with Emery continues to sour.

Currently third in the Serie A, the I Nerazzurri are one of a select number of clubs who could afford paying ?Ozil’s £350,000-per-week wages.

Although a move in the January transfer window is extremely unlikely, ?Inter could swoop next summer, adding to their impressive midfield options of Radja Nainggolan, Marcelo Brozovic and Ivan Perisic. Since signing for ?Arsenal from Real Madrid in 2013 for what was then a club-record fee of £42m, Ozil has won three major honours with the club and established himself as key player under former boss Arsene Wenger.

Yet under his new manager, the 30-year-old midfielder has struggled with consistency this season, only showing glimpses of his undoubted talent. 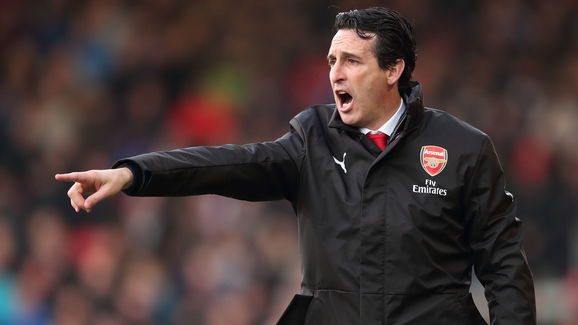 With the Gunners facing the prospect of having to play nine games over a period of just four weeks, Ozil will be expected to adapt to Emery’s new tactical approach or risk being left out of the squad altogether.