AS Roma are hoping to complete a move for Argentine midfielder Javier Pastore in the coming week. Pastore moved to Paris Saint Germain in 2011 for a reported €39.8m and quickly became a mainstay in the side. 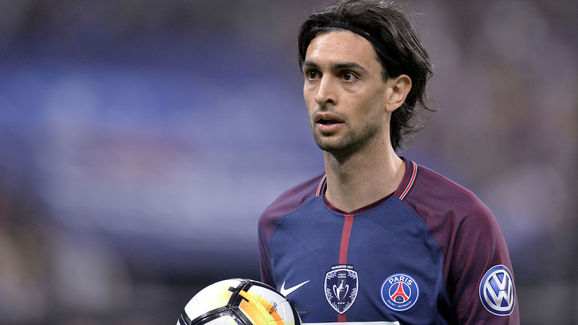 The attacking midfielder has notched 45 goals and 59 assists for the French giants in his seven years at the club. He has found himself down the pecking order of late though, making just 54 league appearances in the last three seasons in Paris.

At 28-years-old the player still has a lot to offer to Europe’s elite and Roma hope they can lure him away with more regular first-team football. West Hamand Evertonare also thought to be in for Pastore but his £190,000-per-week wage demands could prove a problem.

Di Marzio believes Roma have stolen ahead of the Premier League duo and expect to announce a deal in the coming weeks. Di Marzio also believes the move will pave a way for Radja Nainggolan to complete a switch to Inter, making room for Pastore and recouping the majority of the transfer fee.

Both players were left out of their respective World Cup squads meaning there is nothing to hold up the deal. Roma will apparently demand as much as €40m for Nainggolan and won’t plan to spend much more on Pastore.

Di Marzio believes a deal for both players should be wrapped by the end of the month as I Giallorossi hope to move on to other transfer business after the World Cup.