?AS Roma midfielder Radja Nainggolan is reportedly on the brink of a move to ?Serie A rivals ?Inter.

According to Sky Sport Italia (via ?Football Italia), the Belgian is scheduled to have a medical with I Nerazzurri on Monday. Assuming that the medical does not reveal any significant causes for concern, Nainggolan is expected to be purchased in exchange for €24m cash plus two Inter stars – full back Davide Santon and 18-year-old creative midfielder Nicolò Zaniolo. However, Inter is likely to insist on a buy-back clause or a percentage of any future sale of rising star Zaniolo, who has never played for Inter at senior level but has featured 13 times and scored four goals for the Italy Under 19 side.

Nainggolan has made 201 appearances for Roma, scoring 33 goals. He was a key member of the side who reached last season’s ?UEFA Champions League semi-final against Liverpool, scoring late in the second leg of ?a 7-6 aggregate defeat.

The 30-year-old has also won 30 caps for Belgium, netting six times at international level – including a spectacular strike in the Red Devils’ 3-1 defeat against Wales in the 2016 European Championship quarter final. However, he retired from international football in May after being omitted from Roberto Martinez’s squad for the ?FIFA World Cup in Russia – a decision greeted with dismay by many Belgians.

Some Inter fans may question the wisdom of paying a relatively substantial fee – plus two players – for a midfielder who may well be past his best. However, Nainggolan’s record of strong performances at Champions League level is likely to count in his favour, as I Nerazzurri prepare for their first campaign in Europe’s elite club competition since 2012. 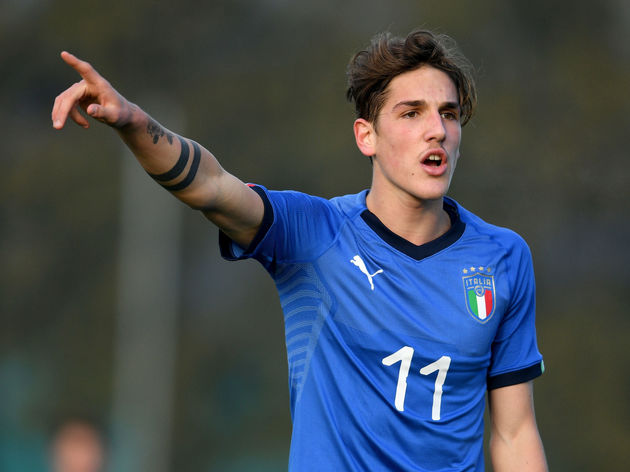 Of course, if Zaniolo shines for Roma and Nainggolan struggles for Inter next season, the decision to replace a burgeoning young talent with an ageing one will come under severe scrutiny.