?Inter travel to Bergamo on Saturday as they face off against ninth placed Atalanta in their bid to re-take their place in the Serie A top four, as Lazio prepare to host Roma in the Rome derby.

A win at the Stadio Atleti Azzurri d’Italia will guarantee Inter’s return to the Champions League qualification places, with the potential for I Nerazzurri to even go third, should Roma manage a victory against I Biancocelesti.

Atalanta come into the fixture off the back of a mixed run of form, picking up seven points from their last five games, with their previous match ending in a 1-1 draw against relegation candidates SPAL. 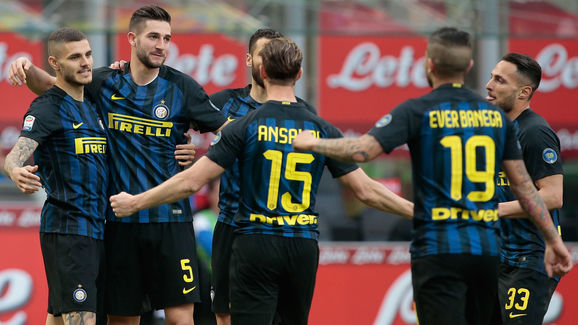 When Inter and Atalanta met at the San Siro in the 2016/17 season it was certainly a memorable affair for both sides, with the Bergamo outfit ending up on the wrong side of a 7-1 thrashing. 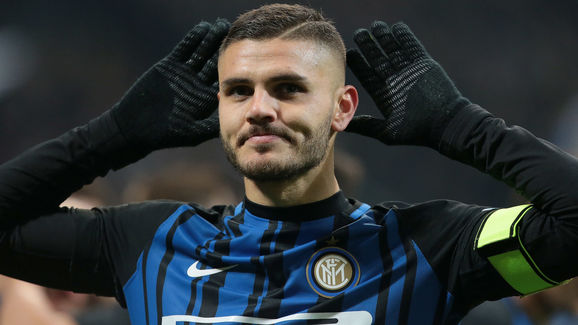 The onus will be on Atalanta shot stopper Etrit Berisha to keep out Inter’s mercurial hitman, Mauro Icardi, on Saturday. The Argentine striker currently has 24 league goals to his name this season, with I Nerazzurri captain trailing only Ciro Immobile in the race for the Serie A golden boot.

Berisha has been a great acquisition for La Dea since returning from his loan spell with Lazio, helping his side keep nine clean sheets in the highly competitive Italian league.

Earlier in the season, an Icardi double helped I Nerazzurri to a 2-0 victory over Atalanta at San Siro, and many will be hoping for a repeat performance on Saturday. 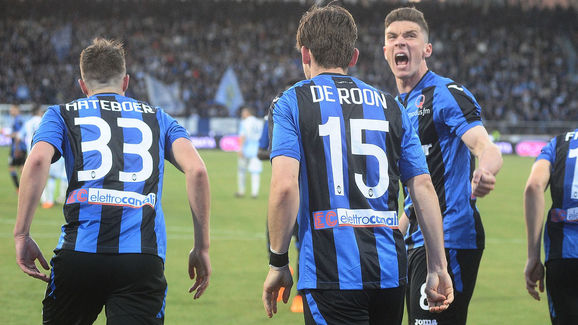 Inter will be without the influential Marcelo Brozovic who picked up a suspension in Inter’s 1-0 defeat at the hands of Torino after accruing too many yellow cards. Otherwise, I Nerazzurri have a full strength squad at their disposal as they chase a greatly important victory.
Likewise, Atalanta will be without one of their more influential players as a result of them accruing too many yellow cards, with Andrea Petagna set to miss the clash against Inter. As well as their absent striker, La Dea will remain without Leonardo Spinazzola who continues to suffer from a knee injury.
Potential Atalanta Starting Lineup: Berisha, Masiello, Mancini, Palomino, Hateboer, de Roon, Freuler, Meijers, Christante, Cornelius, Gomez
Potential Inter Starting Lineup: Handanovic,