??Barcelona centre-back Samuel Umtiti is set to miss out on a number of pivotal fixtures coming up in the calendar, after failing to recover from the knee issues that have plagued him since the World Cup.

The Frenchman has been absent from the Blaugrana’s last three matchday squads, as well as his country’s for their Nations League clashes, and could be out for another month.

As reported by ?Marca, the 24-year-old was examined by doctors this morning at the Sant Joan Despi Hospital, and they confirmed he would be ineligible for ?Barca’s games against Sevilla, ?Inter and the Classico against ?Real Madrid. More worrying, though, is the nature of the issue. The Cameroon-born French international has been suffering from chondropathy – a condition in the cartilage – intermittently since the World Cup, and was even hampered by it in Russia.

With such a sensitive injury, the club are in no mind to rush the defender back to the starting XI, and are persisting with a non-invasive, ultrasound approach to the treatment. The doctors admitted that there had been promising signs of recovery in recent days, but that a specific return date could not be set as of yet. 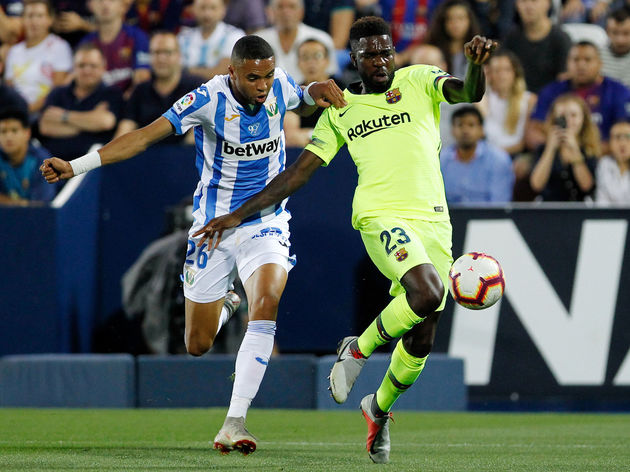 While his return could come in the middle of November, there is some concern that, should this relatively conservative treatment process fail to relieve the problem, then an arthroscopy

operation would be needed.

This would sideline Umtiti until the start of 2019, and even then, such a procedure wouldn’t guarantee the re-emergence of the injury further down the line.