Nainggolan has been linked with a move away from Inter since the close of the season – with it made clear by new boss Antonio Conte that the player was not a part of his plans – and his destination has finally been confirmed on Thursday.

Radja Nainggolan to Cagliari from Inter, here we go! Talks betweet the clubs to finalize the deal, the Belgian midfielder only wants to come back at Cagliari. ?? #Inter #transfers

The experienced Belgian has been linked with moves all over ?Serie A, including most notably to Fiorentina – but Giulini looks to have got his man.

?Football Italia carry quotes from the Cagilari president, who was filmed making is way into the ?Inter headquarters. When asked about Nainggolan’s potential move, he responded with “I wouldn’t be here otherwise”.

3 – Radja #Nainggolan and Daniele Conti are the only two Cagliari’s players to have scored at least one goal and provided 1+ assist in all three Serie A seasons between 2010/11 and 2012/13. Back? pic.twitter.com/QjTD8rbUGT

The 31-year-old has only spent one season with 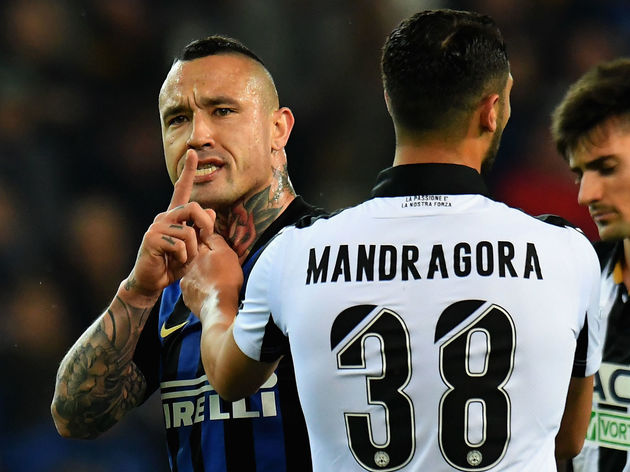