?Admit it, you missed the Champions League, didn’t you? You’re in good company if you did, even if the 2019/20 campaign’s opening offerings weren’t quite as spectacular as we hoped they may have been.

Goals were hard to come by in some places across Europe, but they most certainly weren’t in others – specifically in Austria and Netherlands. If you weren’t able to follow the action live, here’s your rundown of how matchday one unfolded across Groups E to H.

The marquee match of this group should have been Napoli taking on Liverpool at the Stadio San Paolo stadium.

Instead, all eyes swiftly turned to the game between Salzburg and Genk as a rising star of the game introduced himself on the biggest stage of them all. Erling Haland, at just 19 years old, became just the third teenager in Champions League history to net more than one goal on his competition debut. Keen to prove a point, he rifled home a first half hat-trick as Salzburg ran out 6-2 winners in a barnstorming game at the Red Bull Arena. Hee-Chan Hwang, Dominik Szoboszlai and Andreas Ulmer were the other goalscorers for the hosts; John Lucumi and Mbwana Aly Samatta netting for the Belgians.

?Liverpool, holders of the Champions League, meanwhile, stumbled in their opening defence of their crown – losing 2-0 against a defensively resolute Napoli side organised beautifully by Carlo Ancelotti.

The so-called ‘group of death’, pitting ?Barcelona, Borussia Dortmund and Inter against one another, is widely expected to provide thrills, spills and entertainment for us all.

Unfortunately, the opening exchanges were anything but exciting – with slim pickings on the goal front providing little-to-no entertainment for us to get ourselves excited about. In Germany, Marco Reus had a penalty saved by international teammate Marc-Andre ter Stegen en-route to a 0-0 draw, while Inter had summer signing Nicolo Barella to thank for sparing their blushes against Slavia Praha – his injury time rescuing a 1-1 draw for Antonio Conte’s men at San Siro.

A full report on the Dortmund-Barcelona game can be found ?here, whilst you can fill your boots on Inter’s clash with Slavia ?here.

In one of the less glamorous groups of this season’s Champions League, it’s very much all to play for between Lyon, Zenit St Petersburg, Benfica and RB Leipzig.

All four will feel they have a good chance of progressing to the knockout stages, but it’s Bundesliga rising star Leipzig who will have the biggest grins on their faces after matchday one. Inspired by Timo Werner, who almost inevitably will move to Bayern Munich at some point (right?), the away side struck twice in the last 20 minutes to sneak a 2-1 win over Benfica in Portugal. Earlier in the day, former Manchester United forward Memphis Depay grabbed a vital point for Lyon as his penalty rescued a 1-1 draw against Zenit St Petersburg. Sardar Azmoun had given the visitors the lead before half-time, but it finished honours even at the Stade des Lumieres.

Finally some entertainment for us to get our teeth into, though sadly it comes at the expense of Frank Lampard’s ?Chelsea.

A goal down heading into the final five minutes, the Blues were gifted the opportunity to equalise against Valencia when they were awarded a penalty. Not the first time this season, a debate ensued over who would take it, and Ross Barkley – who won the battle of wits over usual taker Jorginho – contrived to clip the crossbar, spurning a wonderful chance to earn a point at Stamford Bridge. 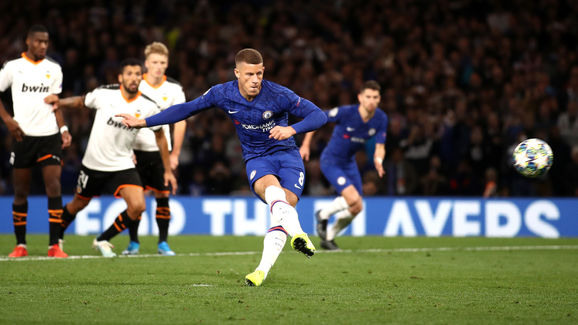 Elsewhere, last season’s golden boys Ajax eased back into the European groove with a comfortable 3-0 win over Lille at the Amsterdam ArenA. Quincy Promes, Edson Alvarez and Nicolas Tagliafico were on target for the Dutch giants, as they put behind them the summer departures of Frenkie de Jong and Matthijs de Ligt.