?Chelsea have been handed a boost in their pursuit of Inter superstar Mauro Icardi, as the Serie A side may be forced to sell the striker to raise money and avoid UEFA’s Financial Fair Play sanctions.

With both Alvaro Morata and Olivier Giroud failing to impress during their time in London, Chelsea have been heavily linked with a move for the prolific Icardi, who has already netted ten goals this season. Morata has found some impressive form in recent weeks, but Chelsea could still decide to move for Icardi if they feel a reasonable deal can be reached. Italian outlet Gazzetta dello Sport (via The Sun) state that ?Inter must raise £44m before the end of June to avoid punishment, which could range from a fine to a ban from participating in either the Champions League or Europa League.

The urgent need for funds could see them sell several of their star players, one of whom could be striker ?Icardi. ?Chelsea have been heavily linked with a move for the 25-year-old, whilst ?Manchester United have also been touted as potential suitors for Icardi. 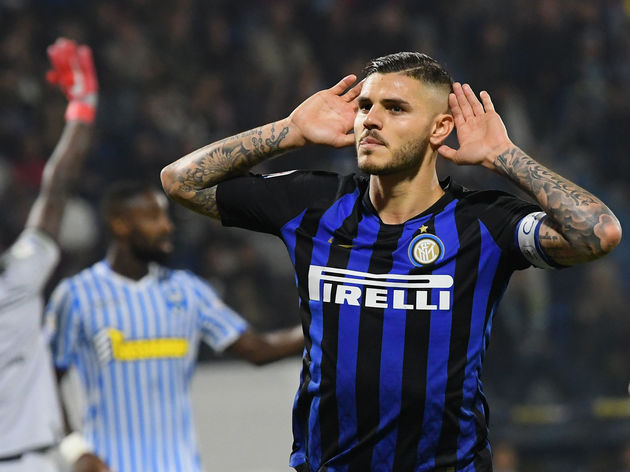 His release clause is said to be £97.5m, but Inter may find themselves forced to accept a lower offer for Icardi as they seek to avoid any strict punishment from UEFA.

?Napoli president Aurelio de Laurentiis has claimed that Icardi could develop into one of the world’s best players under the guidance of Chelsea manager Maurizio Sarri, telling the media: ?Ronaldo