?Chelsea manager Maurizio Sarri is keen to sign 18-year-old superstar Sandro Tonali – but will face serious competition from Juventus in the race for the Italian’s signature.

Tonali, who currently plays for Serie B side Brescia, has been described as the heir to Andrea Pirlo’s throne in the Italian national side, with his composure and passing abilities impressing scouts from all over the world. 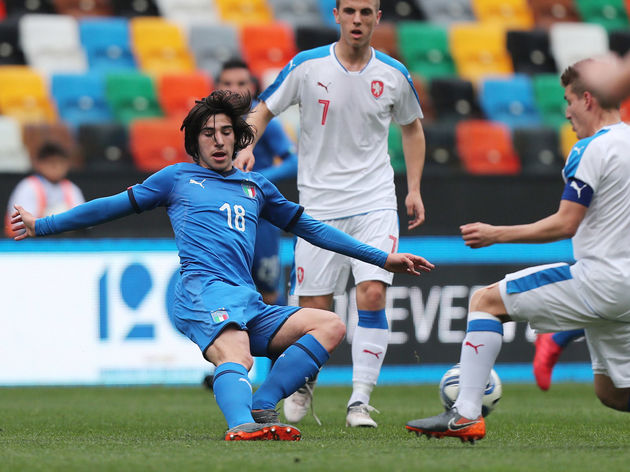 According to Italian outlet ?Calciomercato, ?Juventus are desperate to sign the youngster and are adamant that they will not be beaten by any other interested clubs. However, Sarri is also incredibly impressed with Tonali and is prepared to battle with Juventus for his signature.

News of Sarri’s desire to sign Tonali is reinforced by ?The Sun, who claim that Sarri is a long-term admirer of the 18-year-old and even attempted to bring him to ?Napoli last year. ?Chelsea scouts have been observing Tonali in recent weeks and will have seen Tonali bag two assists in Brescia’s 4-1 victory over Padova.

DM: Sandro Tonali. 20 years ago, a long-haired, clean-shaven, Lombardy-born teenager controlled the midfield for Brescia. It would appear Tonali is Andrea Pirlo’s FM regen, but he’s the real deal. He can stop a counter with a clean tackle, and launch a counter a second later. pic.twitter.com/wYrNIyaYkE

However, as is the case with any exciting youngster, there are several other clubs who will attempt to lure Tonali away from Brescia. ?Milan and ?Inter are both named as potential suitors for Tonali, meaning the 18-year-old will have plenty of choice when the offers start arriving.

He is valued by his club at around £20m, which seems like nothing in today’s inflated market. As a result, the majority of big clubs will not hesitate to submit an offer for Tonali, who seems to be displaying phenomenal potential at such a young age. Tonali has already played a starring role for Italy’s Under-19 side and it is believed that he will soon earn a call up to join the senior side, where he will sit at the base of Italy’s midfield and dictate the tempo of the match, just as former Brescia youth player Pirlo did for countless years.