?The new Serie A campaign is under way, and it’s already gearing up to be an absolute humdinger. Juventus and Inter recruited new managers to prowl the touchline over the summer, and it’s safe to say they both fancy their chances this year.

Antonio Conte and Maurizio Sarri welcomed a whole host of new faces during the transfer window, and the pair have set about shaping their new squads in their own image. I Nerazzurri have made a perfect start to the season, winning their opening six games with relative ease. I Bianconeri are not far behind their rivals, a goalless draw at Fiorentina being the only blot in Sarri’s copy-book.

The two giants of Italian football will go head-to-head next Sunday evening, in what many are already touting as a title-defining game. Inter could stretch their lead to five points, or Juve could leapfrog their Milan enemies.

But with both teams making such strong starts to the season following a summer of heavy investment, it begs the question: Which squad is stronger?

Samir Handanovi? has been the best goalkeeper in Serie A for some years now, staying faithful to Inter even during their bleakest of periods. The big Slovenian keeper is a monster between the sticks, but his incredible cat-like reflexes make him one of the most intimidating men in the business.

If the ball’s there to be stopped, you’ll bet your bottom euro that Handanovi? will claw it away. If you’d asked any Arsenal fan a few years ago if Wojciech Szcz?sny had the capacity to become one of the world’s best goalkeepers, they probably would have replied with a GIF of Aaron Ramsey smiling mischievously. But the Polish star has had the last laugh, improving his game and growing into an excellent shot-stopper during his time at Roma and then Juventus, whilst cutting out the silly errors which plagued his career at the Emirates.

Despite his obvious improvement, his adversary still shades this duel.

It’s no secret that Conte knows how to build a defensively impenetrable team. Warrior Diego Godin signed on a free transfer from ?Atletico Madrid, and the Uruguayan has immediately instilled a winning mentality into his defensive comrades. 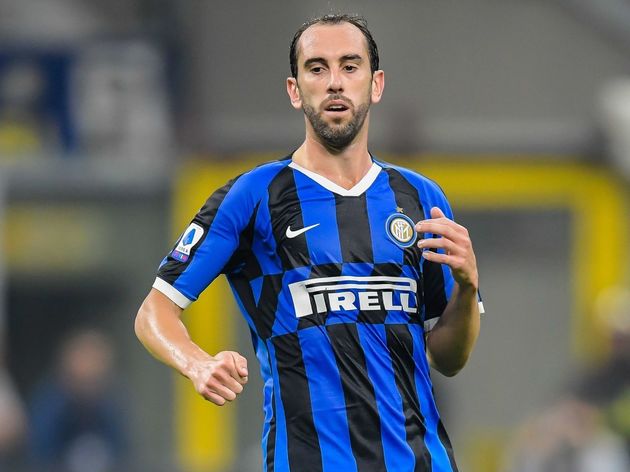 Coupled with the stoic Milan Skriniar and Stefan De Vrij, I Nerazzurri possess three of the most consistent and steadfast centre-backs in the division.

Over in Turin, Juventus splashed out a mammoth €75m on Ajax defender ?Manchester Cityplace whichLigt has struggled to adapt to the demands of the much stronger Serie A forward lines.

Based on the here and now, Inter have just doubled their lead.

Last season, Inter’s Achilles heel was their complete lack of balance in the centre of the pitch – too many players trying to do the same job, or no particular job at all.

Conte has certainly addressed that issue. The arrivals of Nicolo Barella and Stefano Sensi have added a real dynamism to their midfield; the latter being I Nerazzurri’s star performer this year. Croatian star Marcelo Brozovic is a survivor from last year’s meek midfield, but his game has benefited greatly from the introduction of top quality players around him. The 26-year-old is a tough-tackling no-nonsense baller in the middle of the park, and the Inter faithful have accepted him as one of their own.

Adrien Rabiot and Ramsey joined I Bianconeri this summer, and when Sarri already possesses talents such as Miralem Pjanic, Blaise Matuidi, Emre Can, Sami Khedira and Rodrigo Bentancur, it feels like a bit of overkill. 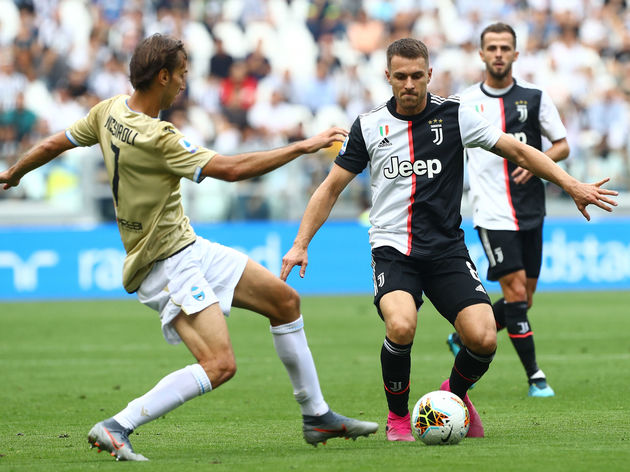 Pjanic generally dictates the tempo of the game with two water-carriers either side of him, allowing creative sparks like Ramsey to really push on and break the defensive lines. Exciting options, to say the least.

Juve have pulled one back here. 2-1

This is going to be a tough one…

Inter bolstered their attacking options by signing ?Romelu Lukaku from ?Manchester United, replacing the departed problem-child ?Mauro Icardi, and the big Belgian forward has settled into life in Italy rather well. Lautaro Martinez also provides a clinical option in front of goal, and he has a fantastic knack of making his teammates look better when he’s on the pitch. A real asset to have as a rotation option.

Now, who do Juventus have up top? Let me check my notes for a second….

Oh yeah, ?Cristiano Ronaldo, one of the greatest footballers of all time. ‘He’s getting on a bit’, I hear you say. Wrong. He’s the best out-and-out striker in the world, and that’s that. I Bianconeri also have Argentine duo Gonzalo Higuain and ?Paulo Dybala at their disposal to lay-on goal after goal for the Portuguese superstar, and the attacking pair would probably be the focal point of any other Serie A side.

Basically, Juve are stacked up front.

Juve have pulled it back at the death to claim a dramatic 2-2 draw. What a contest!