Crystal Palace have reportedly made an approach to sign former Santos prodigy Gabriel Barbosa after the Brazilian striker’s return to goal-scoring form with his boyhood club.

Barbosa, commonly known as Gabigol, was signed by Italian giants Inter two years ago but struggled to adapt to his new surroundings. After being sent back to Santos on loan, the striker has rediscovered his goal-scoring touch and struck the back of the net 28 times in 47 appearances this season. 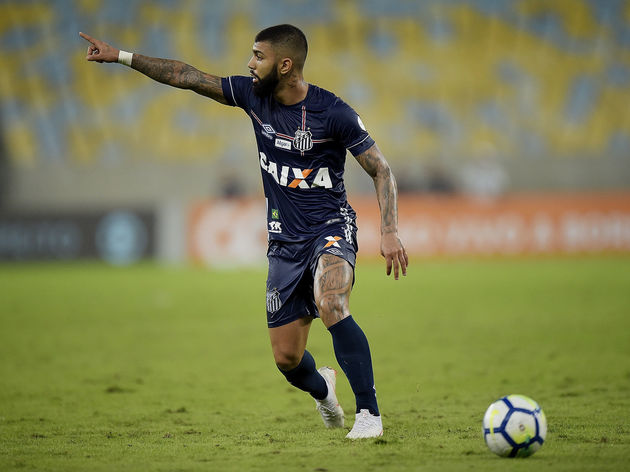 With the Brazilian’s loan expiring in December, ?UOL report that ?Inter are not interested in keeping the striker and have been locked in negotiations with Santos for a swap deal involving their other young prospects.

However, the report has also suggested that Gabigol’s representatives, led by agent Kia Joorabchian, are working hard to take the forward to the ?Premier League and have identified ?Crystal Palace as the early frontrunners.

Crystal Palace have made an enquiry for Gabigol, Brazilian League’s top scorer with 14 goals. His loan contract at Santos ends in December and might not be extended. Inter Milan paid €29.5 million for him in 2016 https://t.co/k5gAr4gt9Y via @UOLEsporte @UOL

Were Gabigol to arrive in England, he would follow in the footsteps of current ?West Ham midfielder Joao Mario, who is also represented by Joorabchian, and made his move from Inter to the Premier League earlier this year.

The forward made his professional debut for Santos at the age of 16 and went on to make more than 150 appearances for the side. After a promising start to his club career and impressive performances in Brazil’s U23 side, the striker made his move to European football with ?Inter but struggled to recapture the form that marked his early rise.