Inter moved? within two points of second-placed Napoli in Serie A after defeating struggling Empoli 1-0 away at the

Keita Baldé’s 72nd minute strike proved to be the difference between the two sides, after the winger previously had a goal disallowed earlier in the second half.

Check out 90min’s roundup of the game below.

The home side started brightly, using the width and pace provided by Hamed Traoré and the overlapping runs of Manuel Pasqual to attack their opponents from the left flank, but they lacked the cutting edge in the final third. The Azzurri were dealt a blow when forward Antonino La Gumina and then Pasqual were forced off with an injury in the first half. However, despite being pegged into their own half for the remainder of the first 45 minutes, they still enjoyed their flurries forward and committed men forward, albeit to no avail.

Empoli were positive in the second period and tested Samir

STAR MAN – Francesco Caputo played brilliantly for the hosts. He chased hopeful passes in the first half and continued to press his opponents high up the pitch to force errors in the second period. 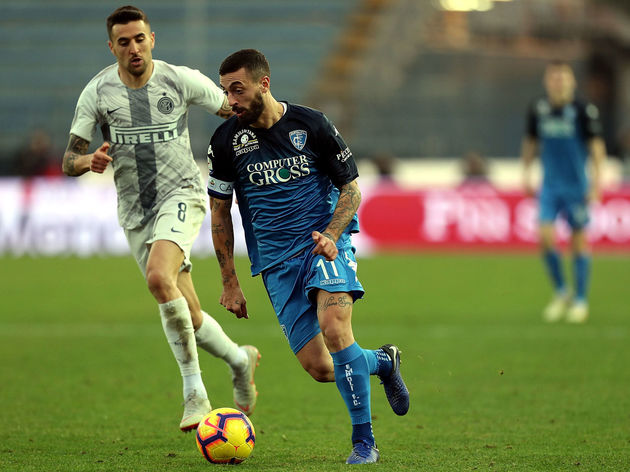 WORST PLAYER – There wasn’t a single bad performance from the home side. They defended resolutely and showed great spirit despite losing two of their stars to injury in the first period.

They were unfortunate to concede such a scrappy goal from a set-piece and went close to scoring at the other end.

The ?Nerazzurri didn’t get off to the best of starts and only found their rhythm after the half hour mark. They tried to utilise the pace up front of Keita Baldé and Matteo Politano, but neither winger was able to provide the service required for ?Mauro Icardi, who cut an isolated figure in the first period.

Inter wake themselves up and they worked the ball well after, passing it more quicker and more direct, which was a feature as Baldé struck home, although it was chalked off for offside.

However, the winger wasn’t to be denied. He volleyed home following a corner in a crowded penalty area, minutes after Ivan Provedel made a succession of smart stops. Inter pressed in search of another with Icardi and Politano going going close, but the single goal was all that Il Biscione could muster.

STAR MAN – Baldé proved to be the difference between the two sides. He showed great pace and technical ability in the first period to get the better of players out wide and then demonstrated great skill and precision to volley home in a crowded penalty area. 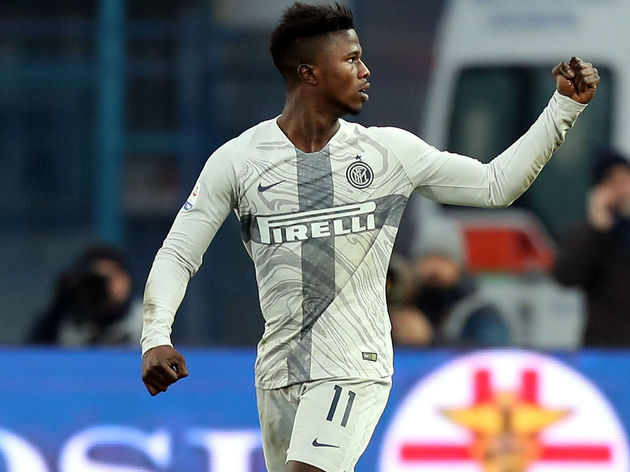 He also did his defensive duties and tracked back to make a vital interception and win a freekick in his own area, when it looked as though the hosts were set to draw level.

WORST PLAYER – Matías Vecino didn’t really have much of an impact in the game. He didn’t demonstrate his passing ability and lacked the creative spark, usually associated with his game. He was substituted before the hour mark as a result, as his replacement Nainggolan established more of a presence in the game.

Empoli travel to 13th-placed Cagliari, who have won their last two matches, when they return from their winter break.

Meanwhile, Inter face Benevento in the Coppa Italia on January 13th, before coming up against 12th-placed Sassuolo in the ?league, six days later.