?Third place Inter travel to struggling Empoli in Serie A on the final matchday of 2018, looking to build on their dramatic Boxing Day win over Napoli.

Lautaro Martinez’s stoppage time winner pulled the Nerazzurri to within five points off their rivals, whilst extending their unbeaten run to three league matches.

Empoli, in their first top flight season since earning promotion from Serie B, have found life in Serie A tricky and sit precariously above the bottom three.

With both sides scrapping for points, albeit for entirely different reasons, a win could be imperative for their season’s aspirations and could give them momentum heading into the New Year.

Here’s 90min’s preview of the clash.

Recently ?disclipined Radja Nainggolan is set to miss out once more for the visitors, having been temporarily suspended from football activities by the Italian giants.

However, manager Luciano Spalletti will have been boosted by the return of Kwadwo Asamoah from suspension, with left-back Dalbert the only long term absentee in his squad. 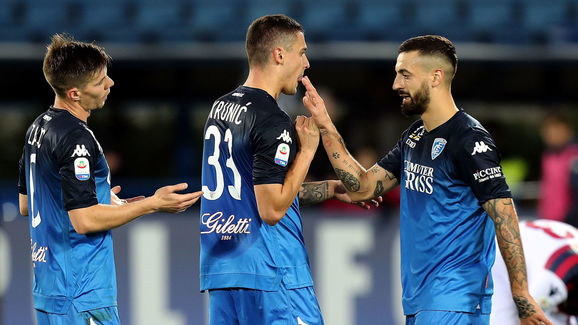 Krunic received a straight red in the dying embers of their 3-0 loss at Torino, whilst the latter picked up a fifth booking of the campaign to pick up a one-match ban.

Empoli’s record against their more illustrious opponents makes for pretty poor reading, having lost nine out of their last 10 encounters. 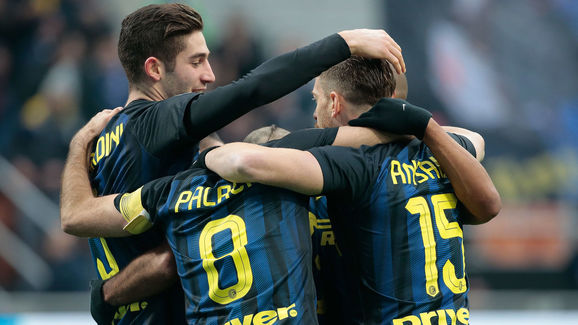 Their last meeting in the top flight came in February 2017, as ?Inter continued their unstoppable form against the Azzurri. Goals from Antonio Candreva and former winger Eder sealed the points on the day, and wrapped up a comfortable 2-0 win.

Inter’s dramatic ?win last time out was only their second win in their last seven in all competitions, but it was so important to keep within touching distance of Napoli.

Their poor form has coincided with their over-reliance on ?Mauro Icardi, whose recent dip in form in front of goal has seen him net just once in their last four league games. However, fellow frontman Martinez netted a third goal of the season in midweek – proving that Inter do infact have other goalscoring talents to call upon. In contrast, newly promoted Empoli sit just three points above 18th place Bologna after falling to a tenth defeat of the season last time out.

One encouraging factor in their fight for survival though, is their ability to win games at the Carlo Castellani. All four of their Serie A victories have come on home turf, including a thrilling comeback 3-2 win over Atalanta on matchday 13 – a game in which they had trailed 2-0.

Here’s how each side has fared in their last five fixtures:

Sitting 14 points behind ?Juventus, Inter’s hopes of a title challenge look to have been extinguished after just 18 games, with their focus now on securing a place in the top four.

Their win over Napoli will have restored faith that their new objective should be easily achieved, and the Nerazzurri will no doubt harbour hosts of ousting Gli Azzurri from second spot come the end of the season. The hosts have been in poor form of late, losing their last three games. They have excelled at home though, with the exception being their defeat Sampdoria on matchday 17, and they won’t go down in this one without a fight. A hard earned point could very well be on the cards.