Flamengo won a stunning Copa Libertadores final at the death by two goals to one, having been a goal down with one minute of normal time remaining. An incredible brace from Gabriel Barbosa turned the game on its head in the final seconds, and prevented River Plate from retaining the coveted trophy.

River took the lead inside the opening quarter of an hour after the ball broke free in the heart of the Flamengo penalty area, and Rafael Santos Borré lashed home to send the Argentine supporters into pandemonium. Flamengo grew into the game as they looked to level proceedings, but they struggled to break down a stubborn and organised River side. Gabriel Barbosa had the best chance for the Rubro-Negro, but his close-range strike was blocked on the line, and the rebound was saved smartly.

With River Plate only a couple of minutes away from another Copa Libertadores success, Barbosa sent the Brazilian supporters into raptures with a far-post tap-in to level the score in the 90th minute.

River were reeling at the prospect of extra time, but the additional 30 minutes were ripped away from them at the death when Gabriel latched onto a long ball over the top and rifled beyond Franco Armani, completing an unthinkable comeback for Flamengo, and leaving the defeated River to wonder what might have been.

Well, it had to be this didn’t it? You’re a goal down in the 89th minute, and your hopes of continental success are slipping through your fingers. Then, the ultimate one-two. All thanks to the predatory instinct of Inter flop Gabriel Barbosa. Having missed a wonderful chance early in the second half, it seemed that ‘Gabigol’ was having one of those nights, and Flamengo’s reliance on the young striker was becoming increasingly apparent. Then, from nowhere, Gabigol sparked one of the greatest comebacks since the Sheringham and Solskjaer sucker punch in Barcelona.

Gabriel was in the right place at the right time to drag his side back into the tie, tapping him from inside the six-yard box to spark incredible scenes in the Flamengo stands. But the best was yet to come. Wreaking havoc and fear throughout the backline, Gabigol hustled and bustled his way through some weak challenges before lashing home only a matter of seconds later to bring the Copa Libertadores back to Brazil, and produce some of the most dramatic and jaw-dropping scenes in football history.

STAR MAN – And our ‘star man’ is Gerson…

Nah, sorry Gerson, you were upstaged in the very final minute, and although he was absolutely dreadful for 89 minutes, Gabriel Barbosa is the hero and match-winner. Gabigol has written himself into Flamengo’s history books tonight, and parents, grandparents and great-grand parents will pretend they were all in Peru on the night when Gabigol brought the Copa back to Brazil. 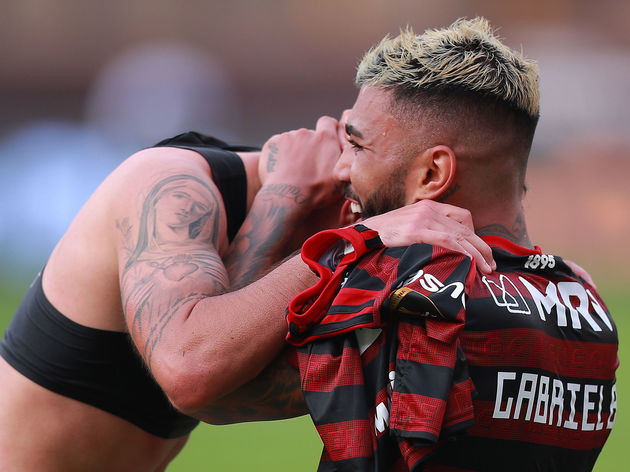 A stunning 120 seconds of football, which outshone everything that went before it. Gabriel Barbosa, the deadliest striker in South America, the man, the myth, the legend. And the only man to touch the trophy before kickoff and not to be cursed for all of eternity.

And we’ll forgive you for getting a late red card, I don’t think anyone really noticed or cared.

How do you recover from a moment like this? With the trophy almost in his grasp, Marcelo Gallardo must have been planning the open-top bus parade in his mind as the clock ticked 89 minutes. 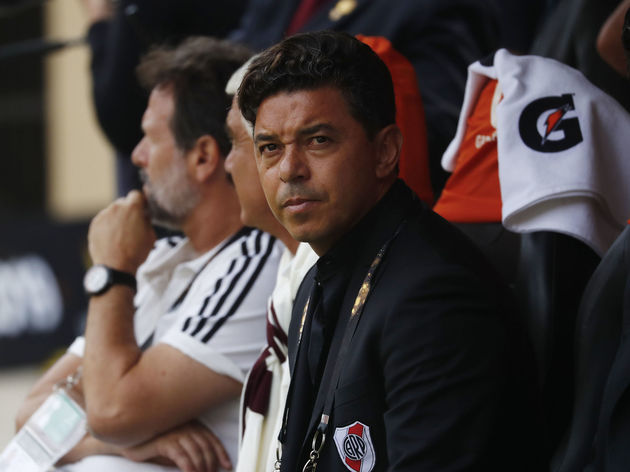 On 91 minutes, Gallardo was probably wondering where the open-all-hours bar was, ready to drown his sorrows after what will go down as one of the most dramatic finals in football history. River gave their all, and seemed to have done enough, but it simply wasn’t to be on a night when the Angel Gabriel came down and stole everyone’s thunder.

Heartbreak of the highest order for River.

STAR MAN – excellentcausingBraziliangoalkeeper, and also forcing plenty of errors for his teammates to capitalise upon.

wasn’tdespiteplenty of potential suitors with his mature and exciting performance on Saturday.

return to domestic action on Wednesday evening when they entertain Cear