Inter striker Gabriel Barbosa has refused to be drawn on his future in the wake of Flamengo’s heartbreaking late Club World Cup final defeat to Liverpool, saying more will be revealed in the next few months after he has had a chance to enjoy his break from football.

Flamengo wrapped up a historic 2019 on a sour note, as after winning the Brazilian Serie A and Copa Libertadores double for the first time in their history, they made it to the final of the Club World Cup in Qatar only to fall to a Roberto Firmino strike in extra time.

At the centre of a stellar 12 months for the Brazilian side was Barbosa, who joined on loan from ?Inter in January, and scored a stunning 34 goals in 41 matches – including a spectacularly dramatic late double to conquer River Plate in the final of Copa Libertadores. Despite the year ending on a low, the 23-year-old brings his loan spell to an end as a Flamengo hero and one of the most highly sought-after talents in the world. He officially returns to Inter on January 1, and as such will be eligible for a transfer when the European window opens.

90min understands that West Ham are ?keeping a close eye on the forward, while other reports suggest he may be on the verge of signing for Flamengo permanently, but the player himself has kept his cards close to his chest on his future, saying he will take some time to himself in the aftermath of a tough defeat before divulging the details of his future.

“We played as equals against ?Liverpool. We had some chances to score. We obviously suffered, but now I’m on vacation,” he said, as quoted by ?Goal. 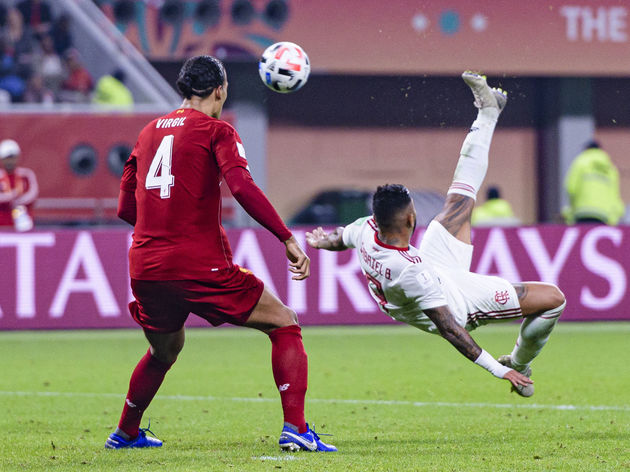 “I will enjoy this and slowly talk about my future.”

Barbosa could clinch a second league title of the season should he return to feature for Inter, who top Serie A on goal difference – having scored five more and conceded three fewer than Juventus – heading into Christmas.