?Former Juventus CEO and General Manager Giuseppe Marotta has admitted that a surprise move to fierce rivals Inter could be on the cards.

Marotta came to Turin from Sampdoria in 2010, following the Old Lady’s worst season in the Serie A since their infamous demotion off the back of the Calciopoli scandal. In the proceeding eight years at the club he oversaw a complete reversal in fortunes, with seven league titles accrued on the bounce as well as four Coppa Italia triumphs. 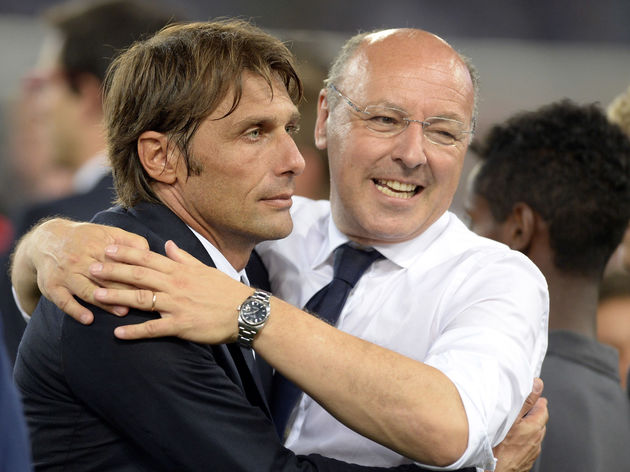 However, just after convincing ?Cristiano Ronaldo to join I Bianconeri this summer, the 61-year-old terminated his contract with the club. In the interim, rumours of a switch to Arsenal and Manchester United have been mooted, but it seems the Italian will turn down both in favour of ?Juve’s fierce rivals – I Nerazzurri.

Speaking after receiving the Radicchio d’Oro award for the best football chief in Italy, as quoted by ?Calciomercat, Marotta admitted: “I will remain in Italy and Inter is a possibility.”

As if stating his mission statement for his upcoming role with this season’s ‘anti-Juve’, he also added: “They have no competitors in Italy for their qualities and for their organisation.”

To be fair, he’s not wrong. Sunday’s 2-0 victory over ?AC Milan maintained the league leaders’ unbeaten record this campaign, improving on the greatest ever start to a ?Serie A season the country has ever seen.

Unfortunately for ?Inter, the pressure of Juve’s perfection finally told, with their own domestic run coming to an end on Saturday with a 4-1 defeat to Atalanta. They are now in third, three points behind Napoli in second and nine points behind Massimo Allegri’s side.