?Inter will once again pursue a deal for Real Madrid’s Luka Modric, aided by the arrival of former Juventus CEO Beppe Marotta.

The new president of the Milan club Steven Zhang, the son and one of the heirs to the Suning Group fortune, officially replaced Erick Thohir this week and has major plans to take the club forward.

The first issue that will be addressed is the arrival of Marotta, who was appointed general manager of ?Juventus in 2010 before becoming CEO – a role he left this month. 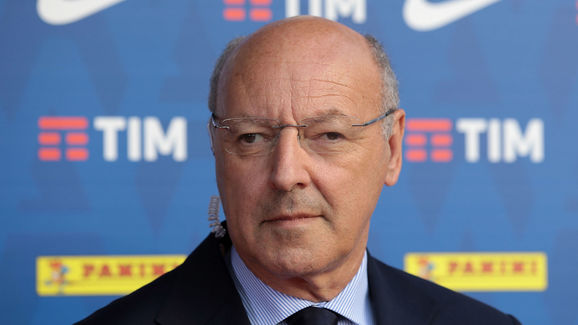 News has already been circulating that Marotta has already held discussions with Inter and specifically with Zhang for the new role at San Siro. Recent reports suggest Marotta will officially take office at Inter in the new year.

And as a first order of business, 61-year-old Marotta will attempt to lure Modric to Italy either in January of the end of the season according to reports from Tuttosport.

Since Juventus’ fantastic run to the 2015

The midfield included ?Paul Pogba (free), Arturo Vidal (€10.5 million), Andrea Pirlo (free) and Claudio Marchisio (youth product) and went on to contribute to a third of the goals in that campaign. The report also claims that Modric has been urged to make the switch by his fellow Croatia internationals ?Ivan Perisic, Sime Vrsaljko and Marcelo Brozovic, who are all already at Inter.