??Premier League clubs ?Fulham and ?West Ham are battling alongside ?Serie A giants ?Inter and ?Napoli for the signature of Lille full-back Kevin Malcuit.

The 26-year-old had an impressive year for the Ligue 1 side last year, making six assists in 23 games, a total bettered only by PSG’s Dani Alves and Monaco’s Djibril Sidibe, who both registered seven set-ups for goals. 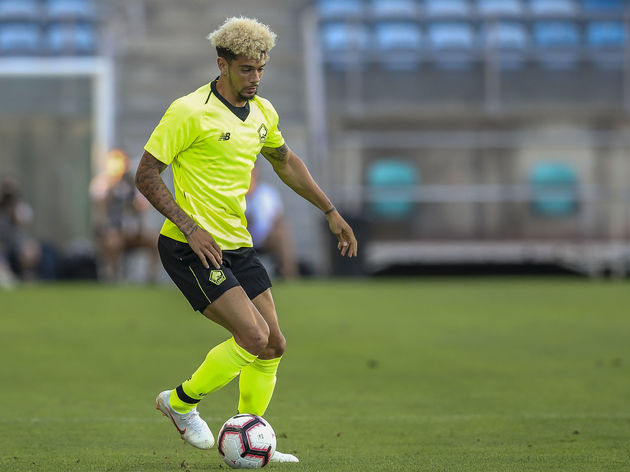 ?And according to France Football, London duo Fulham and West Ham have both expressed a desire to sign the Frenchman who only signed for Lille twelve months ago.

The Cottagers are looking for a replacement for Ryan Fredericks, who moved across London to the West Ham on a free transfers, while one of the Hammers’ back-up options for Fredericks – Sam Byram – looks set to move to ?Nottingham Forest.

53 – Kevin Malcuit completed 53 dribbles in Ligue 1 2016/17, only Ludovic Baal (62) did better among the defenders. Lille. pic.twitter.com/abiuHVenDo

The right-back has been linked with a move to Inter in the past, but I Nerazzuri are reportedly close to completing a deal for ?Atletico Madrid’s Sime Vrsaljko, which could mean that Malcuit would no longer be targeted.

Napoli are also in the hunt for a right-back, having released veteran defender Christian Maggio on a free transfer earlier this summer, so could also make a move for the right-back in the coming weeks. Malcuit started his career at Monaco in 2010, before dropping down the divisions to the third tier of French football, playing for Vannes (on loan) before joining Frejus Saint-Raphael on a permanent deal.

The defender then rose back through the French footballing hierarchy, joining Ligue 2’s Chamois Niortais in 2013, before making a big career move to Saint-Etienne in the country’s top-flight. He played for Les Verts in the Europa League last season against ?Manchester United, before moving to Lille last summer for £8m.