?As Juventus claimed their eighth successive Serie A title at a canter this season, I Bianconeri’s stranglehold on the Italian top flight appeared to be growing ever tighter.

The latest title triumph was the Old Lady’s 35th in their illustrious history, further cementing their status as the most successful club in the history of Italian football.

An 11-point gap between ?Juventus and runners-up ?Napoli in their latest victorious Serie A campaign suggested that, now more than ever, it is going to take something very special to stop I Bianconeri at the peak of their powers.

However, a difficult end to the season saw the champions fail to win in each of their last five games, with two defeats and three draws suggesting that Juve are not quite the indomitable force that their overall league performance throughout the season had suggested.

In amongst a difficult late-season run of form, it was announced that manager Massimilano Allegri would leave the club at the end of the season, bringing an end to an all-conquering five-year reign in Turin in which the Italian has guided his side to the domestic title each season.

Domestic rivals ?Inter, Roma and ?Milan are also set for change with new managers ahead of next season, amid a huge period of overhaul among Italy’s heavyweight sides, in which I Bianconeri’s dominance in Serie A now appears open to challenge for the first time in almost a decade.

#Juventus replaced Antonio Conte in less than 24 hours yet people believe they’re floundering around & don’t have a deal Max Allegri’s successor despite letting him go with a year left on his contract ?????

Whilst Roma and Milan scour the managerial market for successors to Claudio Ranieri and Gennaro Gattuso respectively, and Juventus continue to be linked with a move for ?Manchester City’s Pep Guardiola, Inter have stolen a march with the appointment of Antonio Conte.

The appointment appears to be a significant coup for I Nerazzurri, given that he reportedly had offers from elsewhere, including former club Juventus, and the 49-year-old could be just the man to awaken one of Serie A’s sleeping giants.

In this season’s showpiece event, ?Liverpool became the first team since Jose Mourinho’s Inter side in 2010 to win the Champions League with less possession than the opposition in the final.

Success is not always built on technical superiority over rivals. Discipline, organisation and a clear philosophical direction are also key to climbing to the top and winning silverware, and it was those qualities which made Mourinho’s reign with I Nerazzurri such a success. 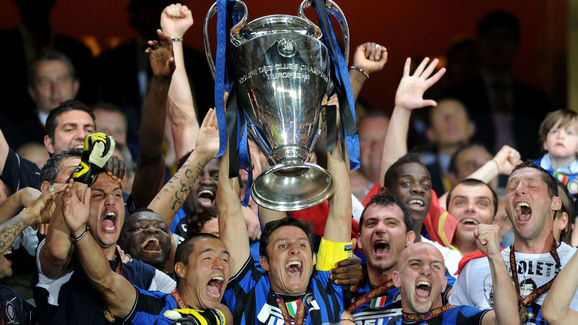 The Portuguese boasted the likes of Diego Milito and Wesly Sneijder at the peaks of their powers in his treble-winning side of 2009/10, but the Inter ranks of that time were generally not at the technical summit of the game.

Rather, Mourinho was able to mould a side which was successful through his image; tactically diligent, organised, resilient and efficient.

There are many differences between the managerial styles and philosophies of Mourinho and Conte, but there are also a number of key similarities.

The Italian was hardly able to ride the wave of Juve’s autocracy in Italian football as he guided I Bianconeri to three Serie A titles between 2011/12 and 2013/14, with the first of those Juve’s first title in nine years. 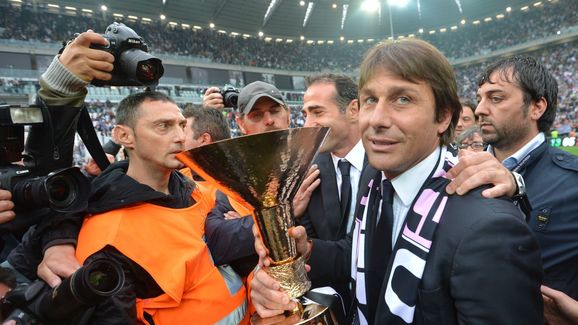 Conte’s relentlessly impassioned and energetic style of management has a galvanising effect on his sides, and his tactical nous is equally key to the successes of his sides.

That was certainly true of his first year in charge at ?Chelsea. Having arrived in west London in the same summer that ?Barcelona great Pep Guardiola arrived in the Premier League as Manchester City boss, it was Conte who came out on top in the battle of the superstar coaches.

A 3-0 hiding away to ?Arsenal in the early phases of Conte’s Chelsea reign in September 2016 asked serious questions of the Italian and his new side, and he responded in fine style by demonstrating the impact of intelligence and diligence in his managerial capacity.

After suffering heavily at the Emirates, Conte made the inspired tactical decision to switch from a standard 4-3-3 to a less conventional system with three at the back and supporting wing backs.

The change paid dividends, as it plugged the gaps which were ruthlessly exploited by Arsenal, and helped Chelsea on course to an emphatic Premier League title triumph in Conte’s first season at the helm.

Given Inter’s recent struggles, Conte’s energy and pragmatism are exactly what I Nerazzurri require to guide them back to the summit of Italian football.

Following the remarkable treble haul from Jose Mourinho’s side in 2009/10, Inter have claimed silverware just once since, retaining the Coppa Italia the following season, and have gone through several rebuilds in recent years.

Conte becomes Inter’s 13th manager in less than a decade since Mouriho departed for ?Real Madrid in 2010, a remarkable turnover for a club of Inter’s stature, and one which largely reflects the club’s troubles to move forward in recent times. 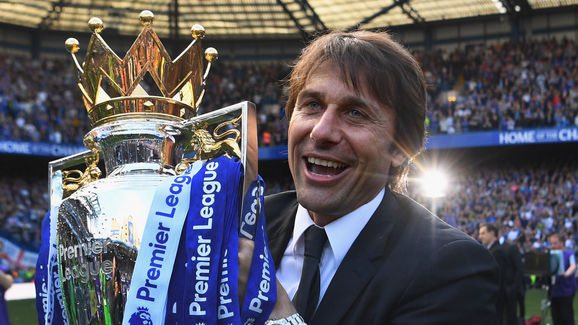 Uninspired transfer business and player dramas have not helped the cause. The Mauro Icardi soap opera has largely overshadowed proceedings for I Nerazzurri this season, with the Argentine stripped of the club’s captaincy and frozen out of the picture for a number of weeks.

The star striker appears set to move on this summer, and his exit would benefit the club in terms of cutting ties with unwanted distractions, but it would also see Inter lose their most consistently reliable goalscorer.

I Nerazzurri struggled without their leader in the side, and their late-season upturn in form coincided with Icardi’s return in attack as Luciano Spalletti’s side scraped into the fourth and final Champions League spot.

That achievement has given Conte a valuable platform to build upon as he succeeds his compatriot at the San Siro, but there is clearly much work still to be done for the former Italy head coach to ensure that his debut season in Milan is a successful one.