Inter were knocked out of the Coppa Italia quarter-finals at the expense of Lazio, after a dramatic penalty shoot-out at the Giuseppe Meazza.

It’s over. Lucas scores the winning penalty and Lazio progress.

In a largely forgettable tie, the hosts were fortunate not to fall behind early on as they struggled to get a foot-hold. Immobile threatened early when he dragged his shot wide inside the six yard box – only to be reprieved by the offside flag.

It took until the 75th minute for ?Inter’s best opening of the game, as ?Icardi met substitute Matias Vecino’s cross – only to guide his header inches over the crossbar.

Both teams would miss guilt-edged opportunities in events that would summarise this low key regular period. First, substitute Felipe Caicedo failed to convert when put through on goal, before Lautaro Martinez fluffed his lines from a rebound as the tie went into extra time. 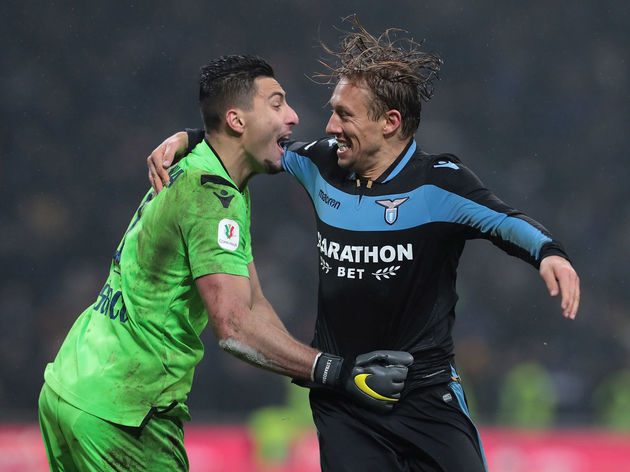 Immobile looked to have struck the decisive blow when he finished off a slick move, before Inter’s talisman converted from the spot deep into stoppage time – after Stefan Radu’s clumsy challenge in which the Romanian was dismissed.

But in a final twist, Lazio keeper Thomas Strakosha would deny Martinez from 12 yards, leaving Leiva to fire in and set up a semi-final tie with ?AC Milan.

Here’s our breakdown of Thursday’s clash.

Without a domestic trophy since 2010-2011 under former manager Jose Mourinho, their chances of a belated success seemed slim in a disappointing display from the seven time winners. Second best for large parts, their lack of purpose and creativity was all too familiar as they failed to score in regular time for a third successive game. Even when they did break through, their frontmen were wasteful as they missed out on an all Milan last four clash.

Amid a lacklustre performance from the hosts, shot-stopper Handanovic was to his sides rescue – particularly in the first half. 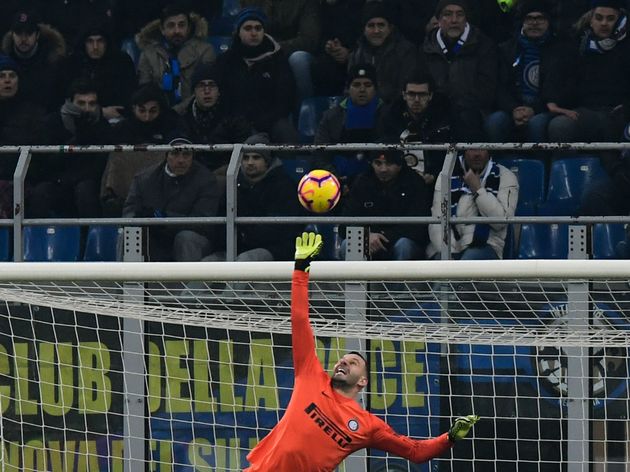 After saving Inter’s blushes with a wonderful finger tip save in the last knockings of normal time, the 34-year-old veteran couldn’t prevent Luciano Spalletti’s side from avoiding a last eight exit. He was arguably the only positive in a quite frankly uninspiring display from the hosts.

Certainly not a night for forwards, Antonio Candreva was particularly wasteful in a rare start ahead of Ivan Perisic.

Following their exit, Inter return to Serie A action when they host lowly Bologna on Sunday looking to return to winning ways. Meanwhile, eighth place Lazio travel to Frosinone on Monday evening as they attempt to regain a Europa League spot.