?Inter were held by a winless PSV Eindhoven side at San Siro, with Lucas Moura’s late equaliser against Barcelona at the Nou Camp edging the Italians out of the Champions League.

After a fast start, the Nerazzurri were stunned in the 13th minute when PSV pounced on a mistake from Kwadwo Asamoah to take the lead through Hirving Lozano, and were hapless for the ensuing 32 minutes of the first half. Indeed, the Dutch side could’ve been out of sight with a bit more composure in front of goal. The second period brought more dominance for Luciano Spalletti’s side, and (who else) Mauro Icardi’s 73rd minute leveller looked to have snuck the three-time winners through.

But, Lucas’s tap in 12 minutes later turned it all around, condemning Inter to failure at the ?Champions League group stages for only the second time in their feted history.

KEY TALKING POINT – With 84 minutes on the clock, this would’ve likely detailed the unrivalled composure of a certain Argentine number nine.

But it is now all about the decisions of Spalletti. The 59-year-old refused to bring on Radja Nainggolan despite Marcelo Brozovic’s clear fatigue and general malaise, and seemingly chose to rest on his laurels and safeguard the point rather than fight to win the game. 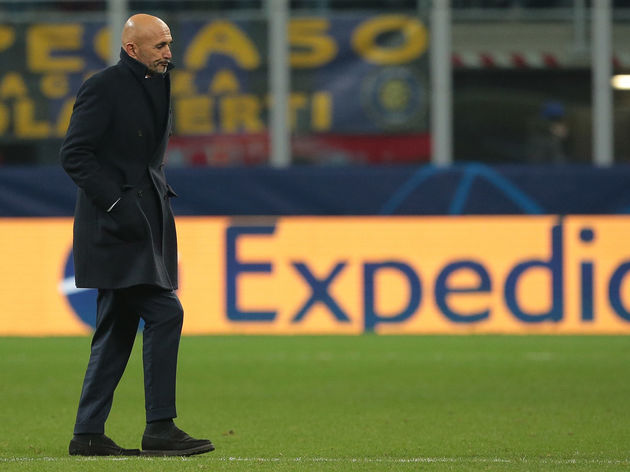 By the time Spurs had reversed the stituation, the tactician had already made his three substitutions, the last of which being a somewhat negative turn to Sime Vrsaljko, who’s been struggling for form.

He was equally inefficient in conveying a need for a drastic change in tempo and desire upon the equaliser at Barcelona, with minutes relapsing before his side seemed to show any impetus to score the required winner.

STAR MAN – As I’ve already alluded to, who else but ?Mauro Icardi. It’s almost become a trope for the 25-year-old to score his first genuine chance of the game, and with this Inter side, it’s usually late on.
Once again starved of service, the Argentine utilised his wondrously evasive movement skills to latch onto Matteo Politano’s searching back-post ball and clatter it past the hitherto stoic Jeroen Zoet in goal.

Though his side probably deserve this damning fate, he most certainly does not, after producing some of the competition’s most glorious moments with next to no aid from elsewhere.

WORST PLAYER – Kwadwo Asamoah had, quite simply, a stinker. He was caught inexplicably dawdling on the ball for PSV’s crucial opener, and his subsequent barrelling around to make amends did everything but.

KEY TALKING POINT – With nothing to play for, not even the non-privilege of playing in the Europa League, many thought the Dutch champions would roll over at San Siro. This was certainly not the case, with Mark van Bommel’s side employing nifty tactics to continually unsettle their hosts on the counter. Perhaps it was because it was Lozano that got them the goal, but their style of play almost evoked memories of Mexico’s infamous toppling of Germany at the World Cup.

A worthy exit for a team who have shown more than their two points suggest.

STAR MAN – A shout out to the goalscoring Mexican, who was lively throughout, as well as to custodian Zoet, who provided probably the game’s greatest moment of quality with a stunning save to stop Icardi from 12 yards out, but I’m going to give it to Denzel Dumfries.

The Dutch international was composed throughout, showing admirable levels of skill, concentration and determination. At 22, he’s certainly one for the future. WORST PLAYER – Jose Tasende, or Angelino as he is known, was utterly porous on the left flank, and remained dumbfounded throughout that a left footed player like Politano was continuously cutting in on said foot to cross it in. Incredible levels of ineptitude.

Looking Ahead
For PSV Eindhoven, they’ll be looking to wrestle control of the Eredivisie with a win against Heracles on Saturday.
Meanwhile, ?Inter will turn their attentions back to ?Serie A by welcoming Udinese to San Siro, as they seek to consolidate a Champions League place in the face of Juventus’ dominance.