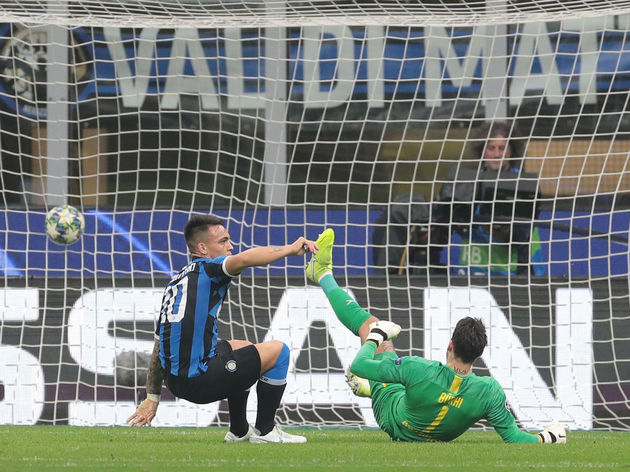 Not putting pressure on de Vrij was not a clever idea. 1-0 Inter. #InterBVB

This was a game that Inter really needed to win. If Dortmund were victorious there would be six points between the sides after three matches – two of which ?Inter would have played at home.

But this was Conte’s Inter at their patient best, even more so once they had a lead to protect. Caught between pressing Dortmund and trying to counter attack behind their back five, they laboured before Martinez put them ahead.

#InterBVB pulsating game. I can forgive Martinez from missing that penalty. He is putting tremendous effort on both ends of the field. Conte has done an amazing job of forging an extremely strong teamwork among the Nerazzurri players.

Once they had the lead, they were happy to slow the game down and let Dortmund have the ball. The Germans enjoyed 58% possession on the night, but Inter are now a different beast under their fiery manager and defended outstandingly.

They were obviously following their manager’s instructions to a tee – we had to wait until the 63rd minute for a close-up on Conte and he even then he wasn’t exactly barking orders. A job well done all round. 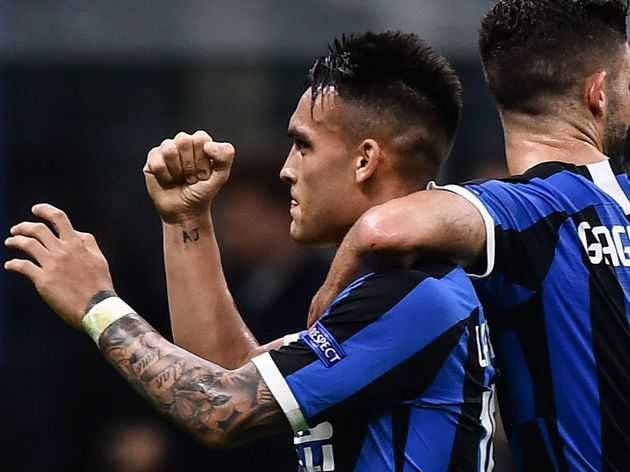 In a game which chances were at a premium – we’re talking a grand total of three first half shots here – a cool head and clinical feet were needed. Enter Lautaro Martinez, who timed his run to perfection to sneak in behind Dortmund’s defence and give Inter the lead.

With Romelu Lukaku having an off day, it was almost solely Martinez’s movement that occupied the opposition defenders and became increasingly more important as Dortmund had the lionshare of second-half possession.

Lautaro continues his stunning form for Inter. He keeps on getting better.

That’s now five goals in his last four Inter games in all competitions, including a strike against Barcelona at Camp Nou.

He drew fouls to get his penned-in team higher up the pitch, ran into the channels to provide an option for balls in behind and showed a few flicks and tricks to get Inter fans off their seats – the highlight a backheel through to

The only fly in the striker’s ointment was that missed penalty, which proved to be of little bearing and he left the San Siro pitch to booming applause.

Once the team sheets had been announced it was hard to work out how Lucien Favre had set up his side. With Paco Alcacer and Marco Reus injured, Julian Brandt was charged with leading ?Dortmund’s line, but how was the team shaping up behind him? On paper it seemed like

With the back three, Dortmund outnumber Lukaku and Lautaro but are outnumbered themselves in midfield. That’s why the build-up goes through the wings, where Hakimi and Schulz are usually trapped at the sidelines and try to get inside. #InterBVB

Favre tried to tweak this as the game went on, but could only draw on creative midfielders and a full back. They showed plenty more attacking intent in the second half and carved out chances, but there’s not many better at defending deep than Inter. It was slim pickings, but Jadon Sancho was Dortmund’s best attacking outlet on the night and his effort can’t be faulted. Back in the team after the weekend’s omission, he seemed determined to show his worth.

The England international drew a fine save from Handanovic and saw a shot cleared off the line by Brozovic, which was sadly as close as his team were to scoring on the night. He dropped deeper, switched positions with those around him but without something to aim at in the box, his crossing ability and pace in the wide areas were wasted.

Schulz is having a nightmare. Played Lautaro onside, and anytime Dortmund go to him on the left, he’s closed down quickly and panics

Lautaro is everywhere — even dropping deep to win the ball

Inter face Parma at San Siro this Saturday before consecutive Serie A away fixtures with Brescia and Bologna. The Champions League then resumes with the reversal of this fixture at Signal Iduna Park.

Between now and then, Dortmund face a trio of tricky ?Bundesliga fixtures against Schalke, Borussia Monchengladbach and Wolfsburg.