Inter made it three victories on the bounce against Fiorentina on Tuesday night, winning 2-1 in a scrappy game thanks to strikes from Mauro Icardi and Danilo D’Ambrosio.

The Nerrazurri started off sloppily and Everton loanee Kevin Mirallas came within inches from scoring for Fiorentina in the only the third minute of the match, hitting the post from distance.

The Milan side grew into the first-half, with Mauro Icardi and Ivan Perisic putting pressure on the Fiorentina goal. However, following a misplaced Marcelo Brozovic pass, Inter nearly handed Fiorentina the lead, but were saved by a sublime block from Slovenian goalkeeper Samir Handanovic.

In the dying embers of the first half, Inter won a disputable penalty. Despite being just a yard away from the shot, Fiorentina’s Vitor Hugo was adjudged to have handled the ball in his own penalty area. Icardi stepped up, and slotted the ball into the bottom right corner to score his first Serie A goal of the season.

Into the second half and a costly error by Milan Skriniar levelled the game. Fiorentina’s Federico Chiesa took a hopeful shot which appeared to be heading straight to Handanovic, until the Inter centre back took an ungainly swing at the ball and directed it into the bottom corner. 1-1. The Nerazzurri were under the cosh throughout most of the second half, but then out of nowhere went ahead. Full back Danilo D’Ambrosio ghosted into the box and caressed an ?Icardi through ball into the bottom right corner.

And that’s how it ended, Inter the victors two goals to one.

Fiorentina fans and players will be ruing the creation of VAR tonight.

Referee Paolo Mazzoleni initially saw nothing of the penalty incident but was advised to take a look at the incident by VAR official Massimiliano Irrati. 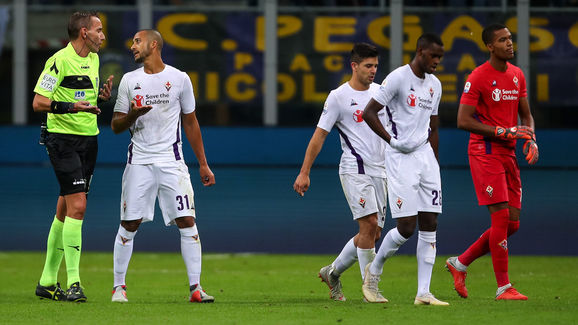 Despite Vitor Hugo making no attempt to handle the ball and having no way of moving his hand out the way of the ball, unbelievably the penalty was given.

This swung the match entirely, Inter played poorly throughout the first half yet were undeservedly ahead, while The VAR bashers will rush to say the system has to go, but in reality it was the referee’s fault. Everyone can forgive a referee for making a decision in a split-second when they only get to see it once, but when they get the chance to have a look at an incident again and again and again, yet still make the wrong decision, questions have to be asked.

Star Man – Italy winger Antonio Candreva was the only Inter player to offer anything going forward.

The 31-year-old takes a mean set-piece and delivered a number of threatening crosses into the ‘corridor of uncertainty’ between striker and goalkeeper. Unfortunately for Candreva, neither Perisic or Icardi were at their best, meaning none of his deadly crosses were converted to goals. Other honourable mentions go to goalkeeper Samir Handanovic who made a number of saves. Danilo D’Ambrosio also looked bright on the overlap.

Worst Player- Marcelo Brozovic had an absolute stinker. The Croat had recently been in a rich vein of form for both club and country, but the midfielder was lacklustre in possession and played many a misplaced pass which put his Inter teammates under pressure.

A tough night for Internazionale but nonetheless a critical win, and their first win of the Serie A season at San Siro. 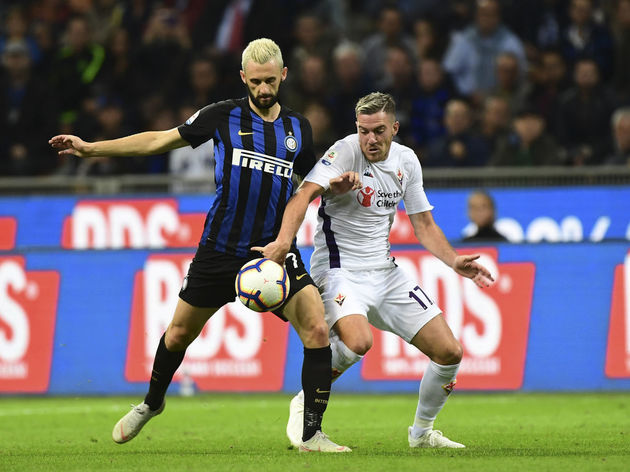 The win takes Inter up to ten points and moves them up to sixth in the league.