?Tottenham ?were unable to get back to winning ways as they were defeated 2-1 by ?Inter in the Champions League on Tuesday evening.

The away side were moments away from taking home all three points after Christian Eriksen put them ahead midway through the second half, but late goals from Mauro Icardi and Matias Vecino mean that Spurs were forced to leave San Siro empty handed.

Both sides started the match tentatively but, despite looking shaky at the back, Tottenham carved out the best chance of the first half. Harry Kane was put through one on one against Samir Handanovic, but the England striker hesitated to shoot and ran the ball out of touch. 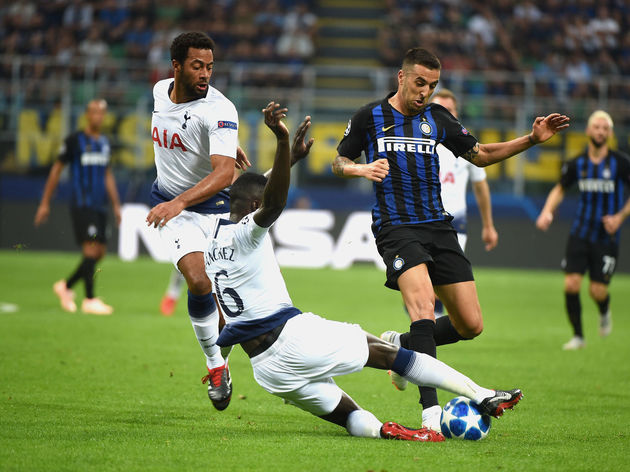 It didn’t take long for the breakthrough to come in the second half and it came courtesy of Tottenham’s most threatening player, Eriksen. The Dane had a shot saved by Handanovic before his deflected rebound looped over the Inter keeper.

Despite looking comfortable, the away side were left sunned in the final exchanges when Icardi fired home a stunning volley to draw level on 86 minutes, before Vecino headed home in the second minute of added time to give his side all three points.

Inter were far from brilliant throughout the match and they had to rely on a moment of magic from Icardi to give them a fighting chance in this one. 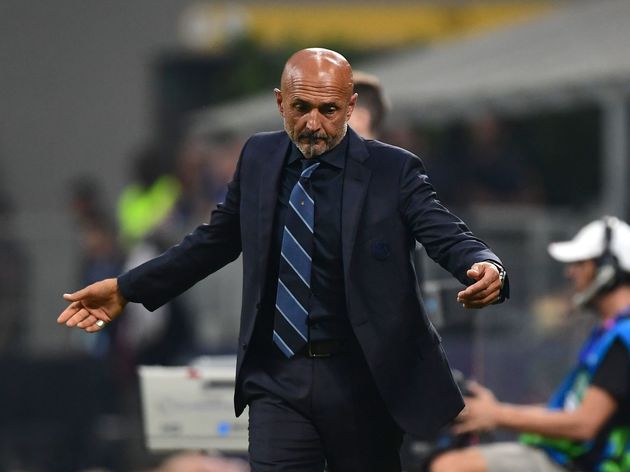 This could be the start of something brilliant for Luciano Spalletti’s side who will now be hoping that they can build some momentum that they can carry into their domestic season. It wasn’t perfect by any means, but sometimes imperfect performances that lead to victories can taste the sweetest.

Star Man – He worked tirelessly throughout the match to offer an option for his teammates, but it took until the final moments for Icardi to truly show his class.

That goal will go down as one of the best of the season and the fact he was able to pull off a goal like that at that time in the match proves just how important he is to Inter.

Icardi steal my wife and children. I love you with all my heart ???

The winger regularly got the better of Ben Davies, but he was unable to find Icardi on a number of occasions and instead chose to take on speculative long range strikes which failed to find the target.

Icardi with little no service all game because Politano wants to try curlers anytime he’s within 30 yards ?

Why we we letting Politano take the free kicks? The guy can barely keep the ball at his feet ATM#InterSpurs

The result was always going to be the most important outcome from tonight’s match and the fact that Spurs managed to let what looked like a comfortable lead slip will be incredibly hard to take for Mauricio Pochettino. 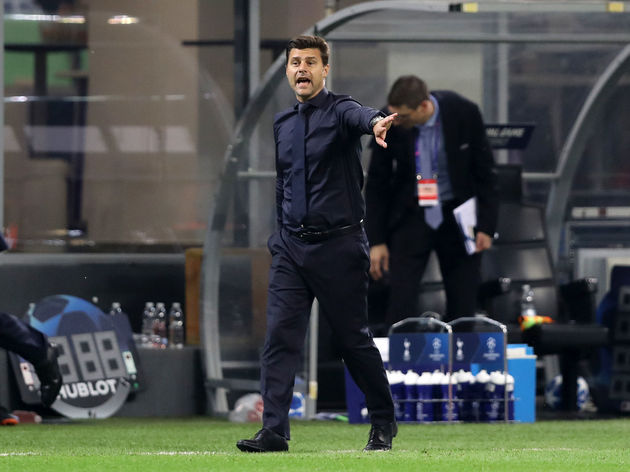 If the match ended five minutes earlier then the tension surrounding the club would have surely been lifted. Now, as it stands, things are going to start getting even more difficult for the north London outfit and the pressure will continue to mount.

Star Man – Serge Aurier has faced criticism for his slack defensive performances and poor decision making in the past, but he was outstanding for Spurs on this occasion.

He was switched on at all times to deal with Ivan Perisic and he offered a consistent out ball whenever Spurs mounted a quick counter attack.

Keiran Trippier will still be first choice for Spurs, but Aurier will be pushing him all the way for a starting spot going forward.

Aurier has been more disciplined and I like it very much.

Aurier is the only one playing well. Never thought I’d say that.

The Welsh full-back looked nervous with the ball at his feet throughout the match and he was caught out for Icardi’s equaliser, leaving the striker with far too much space to volley home. It was an evening to forget.

Ben Davies hasn’t started this game well. Out of position a couple of times already.

Inter will now focus their immediate attention on the league as they travel to Sampdoria on Saturday. Their next Champions League tie is also in a fortnight’s time as they play host to PSV.

Tottenham are also set to return to domestic action with a trip to the Amex Stadium to face Brighton on Saturday. Their next Champions League fixture comes in the shape of a home tie against group favourites Barcelona in a fortnight