Inter eased past ?Frosinone and moved level on points with Napoli thanks to two goals from Keita Balde and Lautaro Martinez’s header on Saturday.

The home side surged into the lead at San Siro through Keita, who showed quick footwork to work an angle before striking low beyond Marco Sportiello for his first goal for Inter.

The Nerazzurri doubled their lead in the second half when Martinez guided Keita’s cross past the sprawling Sportiello before Keita grabbed his second, curling home from Matteo Politano’s pass.

Frosinone rarely threatened but did force Samir Handanovic into a save when Daniel Ciofani headed accurately, but the Slovenian did well to kick away from danger.

With both Mauro Icardi and ?Ivan Perisic rested ahead of the Champions League game against Tottenham, Luciano Spalletti would have been looking to Martinez, Balde and Politano to create going forward.

They weren’t as fluent as Inter’s regular front three, but all three displayed their attacking prowess at various points during a decent but not exactly thunderous performance from the hosts. Keita had roles in all three of Inter’s goals, setting himself up brilliantly to strike in the tenth minute before nailing a cross from the right for Martinez to head home, with his second strike adding gloss to the scoreline.

He hasn’t been brilliant since his move from Monaco in the summer, but more performances like his display on Saturday and the former Lazio will be pushing Perisic hard for a regular string spot. 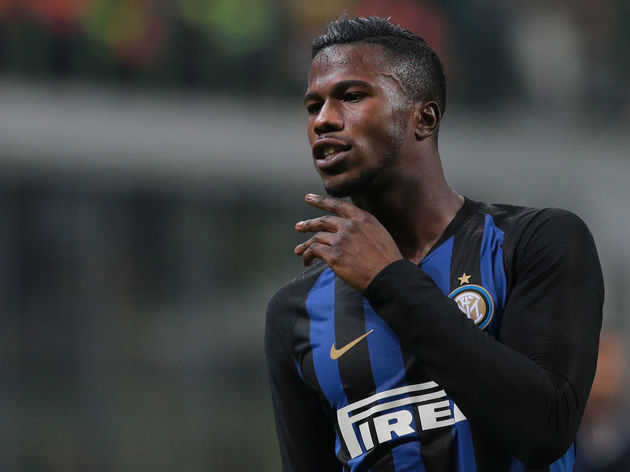 He was by no means terrible on the night, but Radja Nainggolan didn’t put in a performance worthy of his usual brilliant standards.

If he wants to force himself back into Roberto Martinez’s Belgium squad, the former Roma midfielder will need to start pulling up trees, and he didn’t do that on Saturday. Inter have a big ?Champions League tie at ?Tottenham on Wednesday, with a victory guaranteeing their progression to the knockout stages of the competition. They’re back in Serie A action the following weekend when they take on Roma.