?Inter captain Mauro Icardi has said he feels personally indebted to the club he now captains.

The talismanic striker spoke fondly of the Italian giants, saying they have “given me so much and let me grow as a person and player.” 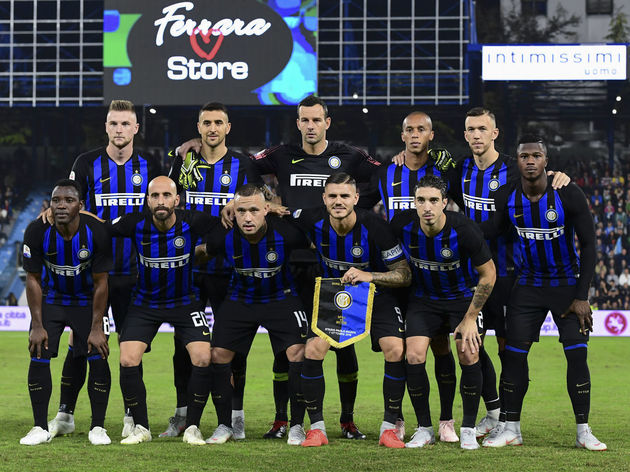 The Argentine, who as been at the ?Italian club for a half a decade now, spoke of his affection on Inter TV (via ?Football Italia).

He reiterated his love for I Nerazzurri, praising both the stadium and fans:

“I like it when the fans sing [Pazza Inter] Amala. All my children sing it and have it on their iPods, plus Francesca and Isabella have learned it through the phone. “Playing there is always beautiful and even more so with all our fans. Inter have given me so much, they’ve let me grow as a person and player.”

“I arrived when I was 20 years old and can only thank Milan and Inter for the life I have.”

The prolific goal scorer was named captain of Inter back at the start of the 2015/16 season.

After five years playing in the capital, Icardi has managed an incredible 103 goals in only 165 Serie A appearances.

With those strikes, he sits seventh in the club’s historical list of league top scorers – tied with Christian Vieri who also reached 103 in the famous black and blue stripes.

Next up in the league for Inter is the Milan Derby; perhaps the most well known Serie A fixture of all. Mauro Icardi will be hoping to move past Vieri on the goal charts and lead the team he loves to victory over their biggest rivals.