?After announcing the appointment of Antonio Conte as their new manager, Inter’s chief executive Giuseppe Marotta has approved the potential swap deal of Mauro Icardi for Paulo Dybala.

I Nerazzurri finished fourth in Serie A under Luciano Spalletti before his dismissal, meaning the club have the luxury of offering Champions League football to potential new signings ahead of the 2019/20 campaign.

According to ?Calciomercato, ?Inter’s summer transfer business is set to revolve around a swap deal with ?Juventus which would see striker ?Icardi leave the club in return for ?Dybala.

?A swap deal was reported as recently as ?April, although talk of said deal was quashed by the wife and agent of Icardi, Wanda Nara. The forward himself has since ??confirmed his intention to remain at Inter next season, adding further complications to an already difficult deal.

Inter’s hierarchy are also looking to sign Conte ‘three gifts’ on top of the aforementioned swap deal in the hope of closing the gap to Juventus and ?Napoli at the summit of ?Serie A.

Cagliari’s Nicolo Barella is one of the three targets, with Conte himself approving the arrival of the 22-year-old midfielder, as the two clubs look to find a financial agreement in order to sign the Italy midfielder.

Another target to emerge is Fiorentina starlet Federico Chiesa. However, the move for the 21-year-old has proved trickier due to interest from Juventus.

The 33-year-old is contracted at Stadio Olimpico until 2020, but the Bosnian forward has already agreed terms with Inter and must wait until the terms of the transfer are agreed between the two clubs. 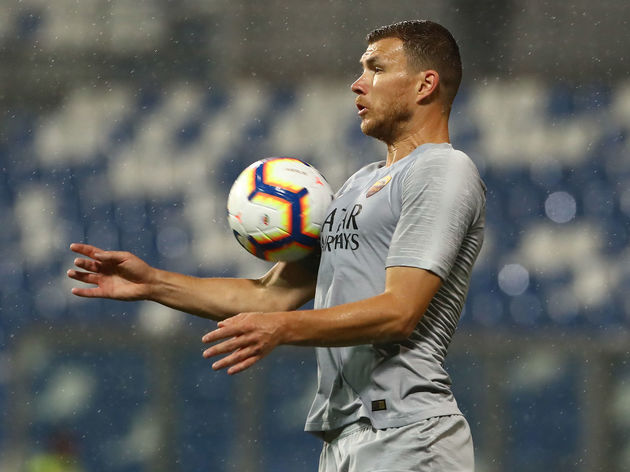 Conte’s appointment as Inter’s new manager marks his return to Serie A, having left Juventus to take charge of Italy’s national team in 2014. The 49-year-old won three consecutive Scudetti before leaving La Vecchia Signora, also winning the ?Premier League and FA Cup as ?Chelsea manager during his two seasons in England between 2016 and 2018.