Inter defender ?Davide Santon has been subjected to numerous death threats following his disappointing cameo in the dying minutes of the Derby D’Italia on Saturday.

The 27-year-old was brought on for Inter with the 10-man Nerazzurri leading Juventus 2-1 with under 10 minutes remaining, however instead of seeing the game out, Inter capitulated in the dying minutes of the game, seeing ?the Bianconeri grab two late goals in order to run out 3-2 winners. Following Inter’s dramaric collapse, fingers have been pointed at Santon – whose defending has been blamed for the two late goals – prompting a contingent of so called fans bombarding the defender and his partner with death threats, as reported by ?Football Italia.

Now, Santon’s partner has admitted she is “scared in her own home” after both her and Santon’s social media accounts were bombarded with violet messages and ill-wishes. 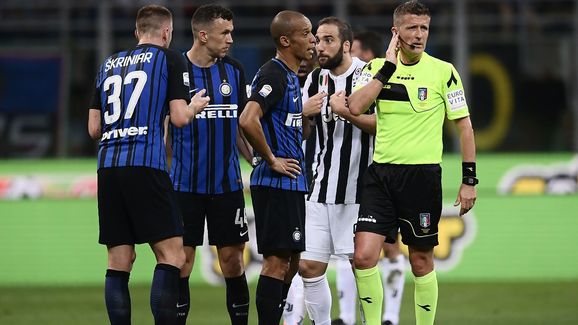 Taking to Instagram in an attempt to quell the aggressive behaviour, she wrote:

“But for the first time in my life I am scared in my own home alone with my baby… When I’m told to lock my doors and I have to worry how my partner will get home tonight. It’s not okay.