?Inter centre-back Milan Skriniar has revealed that he is ‘glad’ to be of interest to Manchester United this summer after a reported offer from Old Trafford, but is ultimately happy to remain with the Nerazzurri after the Italians rebuffed the advances.

It has been rumoured in recent days that United approached Inter with a bid of €60m or more for Skriniar. That offer was said to be rejected, leading Inter to apparently consider handing the Slovakian international a new and improved contract. 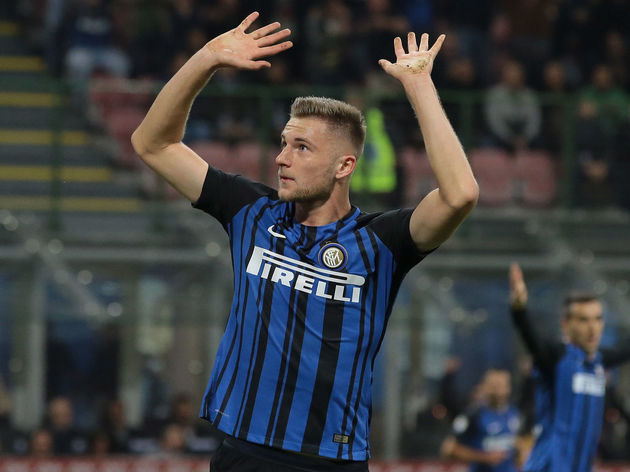 “I’m glad they are interested in me. But Inter decided what they decided, so I cannot say anything more about it,” Skriniar told the Slovak Football Association’s official website.

“However, I am satisfied,” he added.

Skriniar only made the move to Inter this time last year after originally making a name for himself during just 18 months at Sampdoria. He has gone from strength to strength in Milan and his rise has been nothing short of astonishing after playing for Slovakian side Zilina as recently as 2016.

The 23-year-old is thought to be on a shortlist of centre-back targets for United that has as many as eight names for the club to consider and explore as Jose Mourinho looks for serious defensive strengthening ahead of the 2018/19 season.

The likes of Jerome Boateng, who could be willingly sold by Bayern Munich for around £50m, Toby Alderweireld and Raphael Varane are believed to be others on that list. United have already been busy in the transfer market this summer, completing the capture of Diogo Dalot from Porto and now also finalising Fred’s £50m arrival from Shakhtar Donetsk.