?Manchester United full-back Matteo Darmian is being closely monitored by a number of clubs around Europe, with Inter and Fulham said to be leading the race for the Italian.

Darmian, who arrived at the club in 2015, has fallen out of favour at United in recent years and would appear to be surplus to Jose Mourinho’s requirements. He was forced to settle for just eight Premier League appearances last season and has just three outings to his name this year. 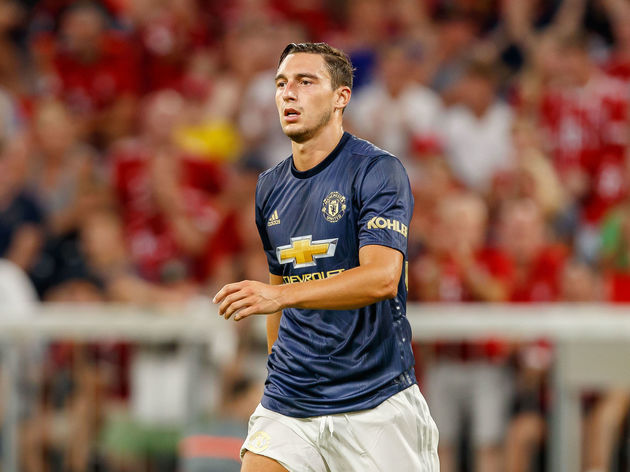 According to ?Gazzetta dello Sport, ?Inter are seriously considering bringing Darmian to the club at the end of the season, as they are currently unconvinced by on-loan defender Sime Vrsaljko.

The Croatian right-back has struggled with various injuries since joining from ?Atletico Madrid during the summer, and now Inter are reluctant to part with a fee of around £16m to make the move permanent. The Italian side have already spent around £6m to bring Vrsaljko to the club, and they fear that his injury troubles could prove to be problematic in the future.

Italian outlet ?TuttoMercatoWeb claim that both Inter and Lazio have been offered the chance to sign Darmian, who will be out of contract at Old Trafford at the end of the season. However, with the two teams currently uncertain as to whether they want to pursue the transfer, ?Premier League side ?Fulham have reportedly entered the race for Darmian’s signature.

The Cottagers are hoping to negotiate a loan deal for Darmian in January, and then try convince him to stay at the club beyond next summer. ?La Liga side Valencia are also said to be considering a similar strategy, but Darmian is believed to be keen on a return to Italy after several challenging years in England. Darmian’s start to life in the Premier League was reasonably fruitful. In his debut season, he made 39 appearances in all competitions, including 28 in the league. However, with his contract expiring, he has found regular game time hard to come by at the club, and is currently set to become a free agent at the end of the season.