?Inter’s Sporting Director Piero Ausilio has confirmed that the ?Serie A outfit are working on completing the permanent signings of Rafinha and Joao Cancelo this summer.

The duo – who are currently on loan from Spanish sides Barcelona and Valencia respectively – have become important members of ?Inter’s set up since completing their temporary switches to the San Siro, with the club now keen to extend their stays beyond the summer. 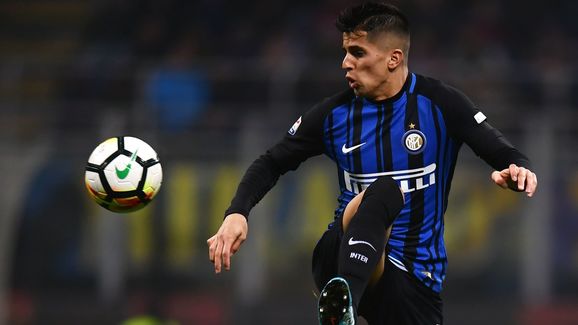 That’s according to a report by Mundo Deportivo, who claim I Nerazzurri’s Sporting Director Ausilio is keen to keep hold of Rafinha and Cancelo despite remaining grounded over the two player’s circumstances.

“Until the 20th of May we do not talk about the transfer market,” he said.

“I can say that they are two important players for which we will try to build a future, but we will address the issue later.”

Ausilio also addressed the fees involved in the potential permanent deals whilst not appearing deterred: “We know they have substantial buyout fees but we’ll work out our strategies in time.”

Inter currently have a deal in place with ?Barcelona whereby they have first option to secure Rafinha’s signature this summer for a fee of